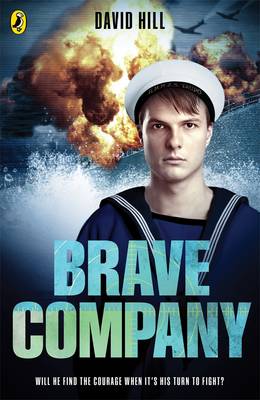 Featured on the New Zealand Listener's 50 best children's books 2013 Something in the water, a hundred yards or so away. Russell jerked the binoculars back, trying to find it again. He had to be sure; mustn't make a fool of himself. Where was it? Then he saw it through the lenses once more.His voice rang along the deck. 'Mine! Bearing 290 degrees. 100 yards. Mine!' Sixteen-year-old Boy Seaman Russell Purchas is stationed on HMNZS Taupo, which has just entered hostile waters off the coast of Korea. It's 1951, and his ship is part of the United Nations force fighting in the Korean War. Russell is determined to prove himself against the communists - not just because he wants to be brave, but because he wants to escape the shadow of his Uncle Trevor, killed in World War II. Everyone thinks Trevor was a hero, but Russell knows the shameful truth. But can Russell keep himself together when the shells start falling? And does he really know what courage means? A gripping novel about the Korean War for 9-12 year olds.

» Have you read this book? We'd like to know what you think about it - write a review about Brave Company book by David Hill and you'll earn 50c in Boomerang Bucks loyalty dollars (you must be a Boomerang Books Account Holder - it's free to sign up and there are great benefits!)

During his remarkable career, David Hill has been chairman then managing director of the Australian Broadcasting Corporation; chairman of the Australian Football Association; chief executive and director of the State Rail Authority; chairman of Sydney Water Corporation; a fellow of the Sydney University Senate; and chairman of CREATE (an organisation representing Australian children in institutional care). He has held a number of other executive appointments and committee chair positions in the areas of sport, transport, international radio broadcasting, international news providers, politics, fiscal management and city parks. David came from England to Australia in 1959 under the Fairbridge Farm School Child Migrant scheme. He left school at 15, then returned to complete his Master's degree in economics while working as an economics tutor at Sydney University. In 2006 he was awarded a Diploma of Arts with merit in classical archaeology from Sydney University and subsequently graduated in classical archaeology. He is an honorary associate at the Sydney University departments of archaeology and classics and ancient history, and a visiting fellow at the University of New South Wales. Since 2011 he has been the manager of an archaeological study of the ancient Greek city of Troizen. He has for many years been a leading figure in the international campaign to have t