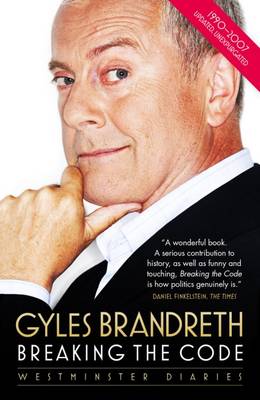 Brandreth - MP for Chester and government whip - enjoyed a ringside seat at the great political events of the 1990s, from the fall of Margaret Thatcher to the election of Tony Blair. With candid descriptions of the key figures of the era, from the leading players (Major, Clinton, Mandela) to the ministers who fell from grace, these widely acclaimed diaries provide a fascinating insight into both the reality of modern government and the bizarre life of a parliamentary candidate and new MP.

Breaking the Code also contains the first ever insider's account of the hitherto secret world that is the government whips' office.This new, complete edition features material previously excised for legal reasons, as well as additional diaries that take the story on through the Tony Blair/Gordon Brown years to the Queen's Diamond Jubilee, the funeral of Margaret Thatcher and the premiership of David Cameron - a bright young 'hopeful' when Brandreth first meets him in 1993.

Other Editions - Breaking the Code by Gyles Brandreth 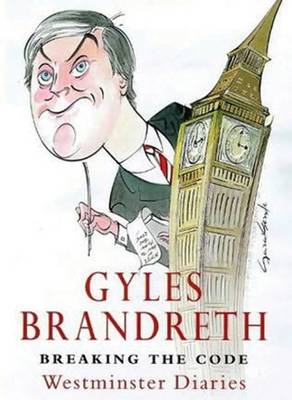 » Have you read this book? We'd like to know what you think about it - write a review about Breaking the Code book by Gyles Brandreth and you'll earn 50c in Boomerang Bucks loyalty dollars (you must be a Boomerang Books Account Holder - it's free to sign up and there are great benefits!)

Gyles Brandreth is a writer, broadcaster, former MP and government whip - and one of Britain's most sought-after award ceremony hosts and after-dinner speakers. Currently a reporter on The One Show on BBC One and a regular on Radio 4's Just a Minute, his acclaimed Victorian detective stories - The Oscar Wilde Murder Mysteries - are now published in twenty-one countries around the world.