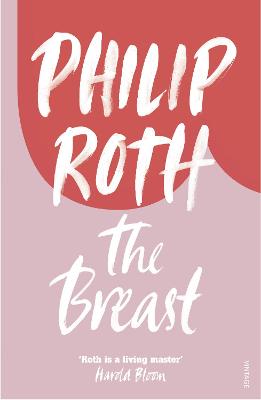 Description - The Breast by Philip Roth

Like a latter-day Gregor Samsa, Professor David Kepesh wakes up one morning to find that he has been transformed. But where Kafka's protagonist turned into a monstrous cockroach, the narrator of Philip Roth's fantasy has become a 155-pound female breast.What follows is a deliriously funny yet moving exploration of the full implications of Kepesh's metamorphosis; audacious, heretical - as darkly hilarious as it is existentially unnerving - making new the silliness, triviality and wonderful meaninglessness of lived human experience.

Other Editions - The Breast by Philip Roth 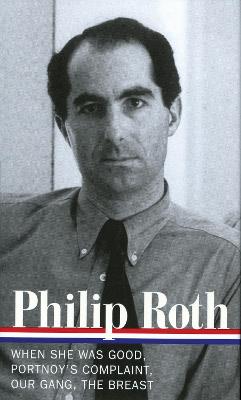 » Have you read this book? We'd like to know what you think about it - write a review about Breast book by Philip Roth and you'll earn 50c in Boomerang Bucks loyalty dollars (you must be a Boomerang Books Account Holder - it's free to sign up and there are great benefits!)

In the 1990s Philip Roth won America's four major literary awards in succession- the National Book Critics Circle Award for Patrimony (1991), the PEN/Faulkner Award for Operation Shylock (1993), the National Book Award for Sabbath's Theater (1995), and the Pulitzer Prize in fiction for American Pastoral (1997). He won the Ambassador Book Award of the English-Speaking Union for I Married a Communist (1998); in the same year he received the National Medal of Arts at the White House. Previously he won the National Book Critics Circle Award for The Counterlife (1986) and the National Book Award for his first book, Goodbye, Columbus (1959). In 2000 he published The Human Stain, concluding a trilogy that depicts the ideological ethos of postwar America. For The Human Stain Roth received his second PEN/Faulkner Award as well as Britain's W. H. Smith Award for the Best Book of the Year. In 2001 he received the highest award of the American Academy of Arts and Letters, the Gold Medal in fiction, given every six years "for the entire work of the recipient".

A Preview for this title is currently not available.
More Books By Philip Roth
View All