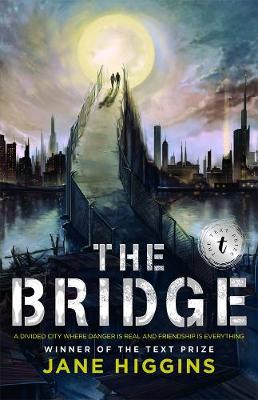 Description - The Bridge by Jane Higgins

The Tomorrow series meets The Hunger Games, in a divided city where danger is real and friendship is everything. The city is at war. Southside, the hostiles live in squalor and desperation. They're hungry to cross the river. Cityside, Internal Security is in charge. Its job - keep the hostiles at bay. It recruits only the best for its elite command. Nik is smart. Very smart. So why is he rejected? Before he can find out, his school is bombed. The hostiles have taken the bridges, and they've kidnapped Fyffe's brother Sol. Now Nik is on the run. And Fyffe is going with him. Across the bridge. Jane Higgins' Text Prize-winning debut, The Bridge, is a gritty adventure set in a future world where fear of outsiders pervades everything. A heart-stopping novel about friendship, identity and courage from an exciting new voice in young-adult fiction.

Other Editions - The Bridge by Jane Higgins » Have you read this book? We'd like to know what you think about it - write a review about Bridge book by Jane Higgins and you'll earn 50c in Boomerang Bucks loyalty dollars (you must be a Boomerang Books Account Holder - it's free to sign up and there are great benefits!)

The Bridge is the first novel by New Zealand author, Jane Higgins. It is the winner of the Text Prize for YA and Children’s Writing in 2010. Since he was orphaned at the age of five, Nik Stais has lived, learned and excelled at Tornmoor Academy, hoping to be chosen by the Internal Security and Intelligence Service to use his talents in the fight that Cityside wages against the hostiles on Southside. Now seventeen, he and his friends are surprised and indignant when ISIS omits him from their intake. Soon after, Tornmoor is bombed, Nik’s best friend, Lou dies in the attack, and Lou’s eight-year-old brother, Sol is kidnapped by hostiles.

Nik is determined to cross to the Southside, determined to find Sol, and that means going over the bridge. Sol’s sister Fyffe insists on going with him. As they infiltrate the enemy, they learn that not everything they have been taught about these people, the hostiles, the Breken, is true. They find themselves in the middle of a dispute between factions, and Nik discovers some shocking truths about his own past.

Higgins has created a believable dystopia where propaganda, misinformation and indoctrination of youth maintain the status quo. She feeds the information about her world to the reader in manageable doses, not too fast to cause overload, not too slowly to incite boredom. Her characters are multi-faceted and appealing (or repugnant as required by the story), and Higgins is not afraid to kill some of them off if needed. Her plot is original, has quite a few twists, and, without the dissatisfaction of a cliff-hanger ending, allows enough scope for the story to continue. This prize-winning novel is an amazing debut and readers will be pleased to know there is a sequel, Havoc.

Firstly, that's one hell of a cover. Click the image for a larger look. The artwork is just incredible.

Anyway, I borrowed The Bridge from my library solely because it won the Text Prize, an award that went to the amazing This Is Shyness last year, and it definitely deserved the accolade.

The Bridge told the story of Nik, a Citysider whose whole life has led up to being recruited by ISIS. But then, he isn't recruited. And his school is bombed. His best friend dies, and another is taken hostage by Southsiders. With Fyffe in tow, he'll cross the bridge and begin to question things that he's always thought were fact.

The Bridge is Jane Higgins' debut novel, and she's made it clear that she's an author to keep an eye on. Her writing is amazing and her storytelling even better; her idea and the execution were both superb. I haven't read a book with such a realistic and raw account of war since Mockingjay.

The characters were all relatable, and understandable. The latter proved to be important in the story, it being one where we really feel restricted by the point of view and often don't know things beyond our main character. With Nik in a foreign place, we don't know much about anyone else either. I don't often feel like I'm restricted by the narration when reading, but I really should. Higgins has done a brilliant job of realistically telling a story: one where we only know what the first person narrator does. It's too often that our protagonists conveniently know too much. Being desperately curious and afraid alongside Nik helped us connect with him on such a deeper level.

Nik's cause was noble and the lengths he went to in order to fulfill it were so admirable. His character was dynamic, with his motivations and opinions constantly changing in a world full of secrets slowly revealed. But he changed as well, and his development was well-captured.

Twists arise throughout the story, and what we find about the mysterious Southside and the other side to the war is found out gradually. The acquisition of knowledge is smooth and we're learning new things until the dramatic end.

This is an incredible story, exceeding expectations in idea and execution. Text Prize recipients seem to be getting better each year, and I can't wait for both the next winner and the next novel from Jane Higgins

Jane Higgins was born in New Zealand. She has degrees in mathematics and anthropology and has worked on many human rights campaigns. She is a senior research fellow at Lincoln Univeristy specialising in youth studies. Jane lives in Christchurch with her husband. The Bridge is her first novel. 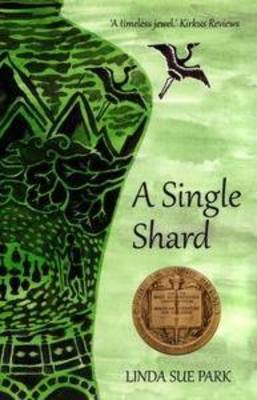 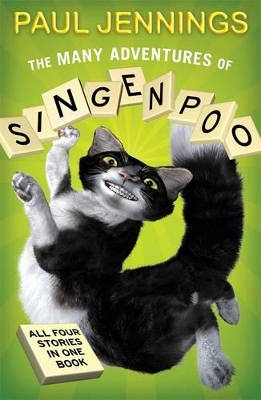 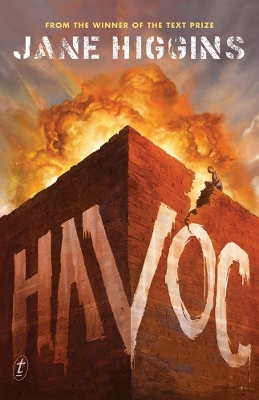