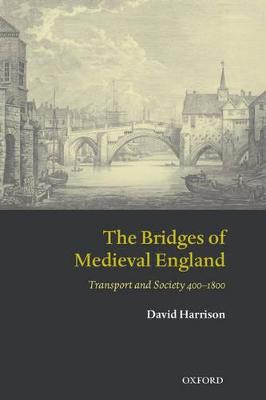 The Bridges of Medieval England

Description - The Bridges of Medieval England by David Harrison

Medieval bridges are startling achievements of design and engineering comparable with the great cathedrals of the period, and are also proof of the great importance of road transport in the middle ages and of the size and sophistication of the medieval economy. Dr Harrison has undertaken the first thorough study of bridges and in this book he rewrites their history from early Anglo-Saxon England right up to the Industrial Revolution, providing
new insights into many aspects of the subject. Dr Harrison looks at the role of bridges in the creation of a new road system, which was significantly different from its Roman predecessor and which
largely survived until the twentieth century. He examines the design of bridges, which were built in the most difficult circumstances - broad flood plains, deep tidal waters, and steep upland valleys - and withstood all but the most catastrophic floods. He also investigates the immense efforts put into their construction and upkeep, ranging from the mobilization of large work forces by the old English state to the role of resident hermits and the charitable donations which produced bridge
trusts with huge incomes.The evidence presented in The Bridges of Medieval England shows that the network of bridges, which had been in place since the thirteenth century, was capable
of serving the needs of the economy on the eve of the Industrial Revolution. This has profound implications for our understanding of pre-industrial society, challenging accepted accounts of the development of medieval trade and communications, and bringing to the fore the continuities from the late Anglo-Saxon period to the eighteenth century. This book is essential reading for those interested in architecture, engineering, transport, and economics, and any historian sceptical about the
achievements of medieval England.

Other Editions - The Bridges of Medieval England by David Harrison 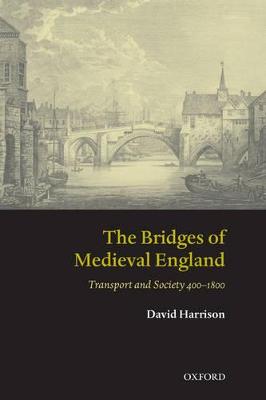 Book Reviews - The Bridges of Medieval England by David Harrison

» Have you read this book? We'd like to know what you think about it - write a review about Bridges of Medieval England book by David Harrison and you'll earn 50c in Boomerang Bucks loyalty dollars (you must be a Boomerang Books Account Holder - it's free to sign up and there are great benefits!)


A Preview for this title is currently not available.
More Books By David Harrison
View All