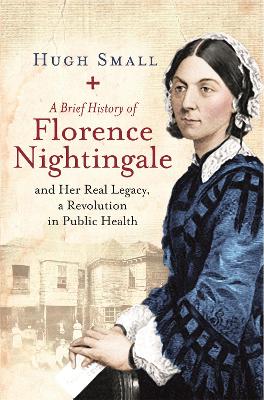 A Brief History of Florence Nightingale

and Her Real Legacy, a Revolution in Public Health

Description - A Brief History of Florence Nightingale by Hugh Small

Praise for Small's earlier work on Nightingale: 'Hugh Small, in a masterly piece of historical detective work, convincingly demonstrates what all previous historians and biographers have missed . . . This is a compelling psychological portrait of a very eminent (and complex) Victorian.' James Le Fanu, Daily TelegraphFlorence Nightingale (1820-1910) is best known as a reformer of hospital nursing during and after the Crimean War, but many feel that her nursing reputation has been overstated. A BRIEF HISTORY OF FLORENCE NIGHTINGALE tells the story of the sanitary disaster in her wartime hospital and why the government covered it up against her wishes. After the war she worked to put the lessons of the tragedy to good use to reduce the very high mortality from epidemic disease in the civilian population at home. She did this by persuading Parliament in 1872 to pass laws which required landlords to improve sanitation in working-class homes, and to give local authorities rather than central government the power to enforce the laws. Life expectancy increased dramatically as a result, and it was this peacetime civilian public health reform rather than her wartime hospital nursing record that established Nightingale's reputation in her lifetime. After her death the wartime image became popular again as a means of recruiting hospital nurses and her other achievements were almost forgotten. Today, with nursing's new emphasis on 'primary' care and prevention outside hospitals, Nightingale's focus on public health achievements makes her an increasingly relevant figure.

» Have you read this book? We'd like to know what you think about it - write a review about Brief History of Florence Nightingale book by Hugh Small and you'll earn 50c in Boomerang Bucks loyalty dollars (you must be a Boomerang Books Account Holder - it's free to sign up and there are great benefits!)

Hugh Small is a social historian and political economist with a long previous career in industry after graduating from Durham University with honours in physics and psychology. From 1976 to 1981 Hugh Small was the principal network architect for the world's first commercial internet, the SITA multi-airline reservations network. From 1983 to 1998 he was a partner in two US strategic management consulting firms, Arthur D. Little and A.T. Kearney. In 1998 he changed career and began to research social reform in Victorian Britain. His historical publications include Florence Nightingale, Avenging Angel (Constable, 1998) and The Crimean War (Tempus Publishing, 2007). His final revised biography of Florence Nightingale will be published in the summer of 2017 by Robinson, an imprint of Little, Brown Book Group. It reveals new evidence that Nightingale implemented the sanitation revolution which academics now agree was the cause of the astonishing increase in national life expectancy which began in the 1870s. This activity had nothing to do with the hospital nursing reforms with which Nightingale has been traditionally associated.Hugh Small is a widower with two daughters and five grandchildren. His website is www.hugh-small.co.uk 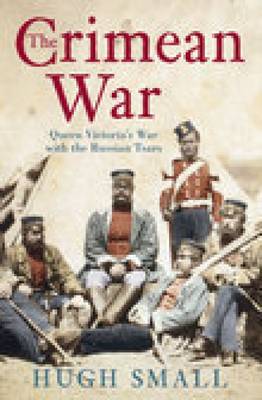 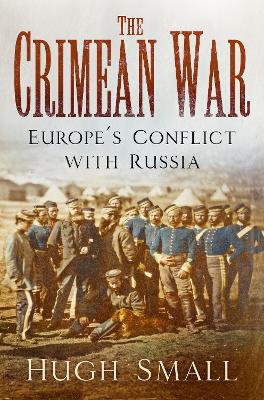