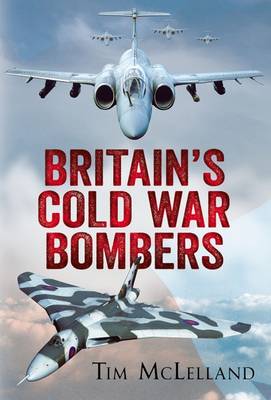 Britain's Cold War Bombers explores the creation and development of the jet bomber, tracing the emergence of the first jet designs (the Valiant and Vulcan) through to the first-generation jets which entered service with the RAF and Fleet Air Arm. Each aircraft type is examined, looking at how the design was created and how this translated into an operational aircraft. The basic development and service history of each type is explained, with a narrative which links the linear appearance of each new design, leading to the present day and the latest generation of Typhoon aircraft. Other aircraft types covered are the Canberra, Sperrin, Victor, Scimitar, Buccaneer, Nimrod, Phantom, Sea Harrier, Jaguar, Tornado GR1/4 and Typhoon. 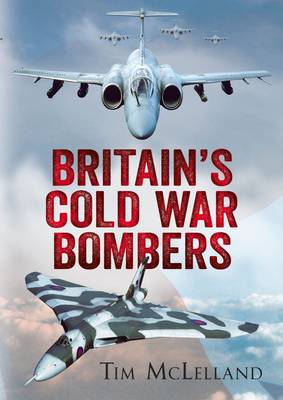 » Have you read this book? We'd like to know what you think about it - write a review about Britain's Cold War Bombers book by Tim Mclelland and you'll earn 50c in Boomerang Bucks loyalty dollars (you must be a Boomerang Books Account Holder - it's free to sign up and there are great benefits!)

TIM MCLELLAND is an experienced and recognised author specialising in military aerospace subjects. He is also the writer of numerous well-known titles and contributor to many leading aerospace magazines. McLelland has flown in a wide range of military aircraft such as the Tornado, Harrier and Lightning, and has also taken part in four Red Arrows display routines. McLelland is a Vulcan specialist and has many contacts connected with the aircraft type including crew and designers.

A Preview for this title is currently not available.
More Books By Tim Mclelland
View All