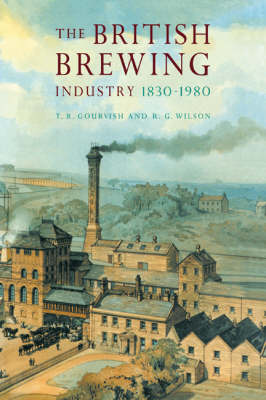 No industry provides more household names than brewing; none retains a firmer place in British culture; and at the height of the temperance movement none was more controversial. Yet this volume provides an extended account of brewing in the modern period. Thoroughly based upon research in brewing archives, it surveys the industry from 1830 to 1980, tracing its development from one in which there were thousands of firms producing beer to one now dominated by half a dozen large companies. It is an account which carries the reader from the porters, ales and stouts, the vast vats, drays and myriad beer houses of early Victorian England, to the draught lagers, giant fermenters, beer tankers and theme pubs of the late twentieth century. In this wide-ranging book the authors discuss free trade in beer, the impact of temperance, and the emergence of the great Victorian breweries together with their acquisition of public houses and company status. In the twentieth century, they examine the impact of two World Wars, the movement for improved public houses, the sobriety of the 1920s, and the revolution sweeping the industry since the 1950s.

» Have you read this book? We'd like to know what you think about it - write a review about British Brewing Industry, 1830-1980 book by T. R. Gourvish and you'll earn 50c in Boomerang Bucks loyalty dollars (you must be a Boomerang Books Account Holder - it's free to sign up and there are great benefits!)


A Preview for this title is currently not available.
More Books By T. R. Gourvish
View All