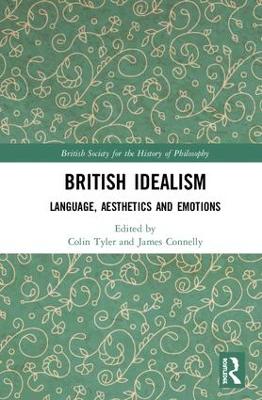 Bertrand Russell, G. E. Moore, and other analytic philosophers of the early 20th century claimed to depart from the British idealists who dominated philosophical debate from the 1870s onwards. The nature and extent of this departure is now widely questioned as philosophers return to the writings of Bernard Bosanquet, F. H. Bradley, R. G. Collingwood, T. H. Green, J. M. E. McTaggart, and others.

Nowadays, the British idealist movement is mostly remembered for its seminal contributions to metaphysics, ethics, and political philosophy. The contributors to this volume explore some of the movement's other, equally-insightful, contributions to the philosophies of language, aesthetics and emotions. These chapters cover core philosophical issues including the relationship between the speech communities and the general will; the role of emotions in the Absolute; key differences between leading British idealists on the relationships between emotions and relations; the nature of love; the historical re-enactment of imagination and creativity; expressivism in art; and the actual idealism of the British idealists' Italian counterparts.

This book was originally published as a special issue of the British Journal of the History of Philosophy.

» Have you read this book? We'd like to know what you think about it - write a review about British Idealism: Language, Aesthetics and Emotions book by Colin Tyler and you'll earn 50c in Boomerang Bucks loyalty dollars (you must be a Boomerang Books Account Holder - it's free to sign up and there are great benefits!)


A Preview for this title is currently not available.
More Books By Colin Tyler
View All