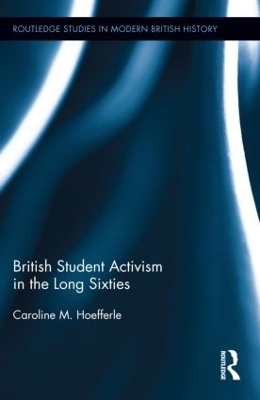 Based on empirical evidence derived from university and national archives across the country and interviews with participants, British Student Activism in the Long Sixties reconstructs the world of university students in the 1960s and 1970s. Student accounts are placed within the context of a wide variety of primary and secondary sources from across Britain and the world, making this project the first book-length history of the British student movement to employ literary and theoretical frameworks which differentiate it from most other histories of student activism to date.

Globalization, especially of mass communications, made British students aware of global problems such as the threat of nuclear weapons, the Vietnam War, racism, sexism and injustice. British students applied these global ideas to their own unique circumstances, using their intellectual traditions and political theories which resulted in unique outcomes. British student activists effectively gained support from students, staff, and workers for their struggle for student's rights to unionize, freely assemble and speak, and participate in university decision-making. Their campaigns effectively raised public awareness of these issues and contributed to significant national decisions in many considerable areas. 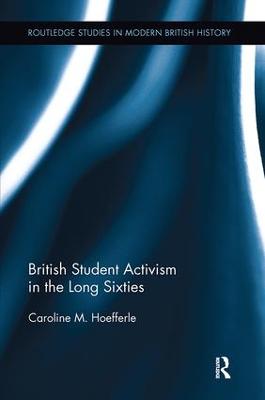 » Have you read this book? We'd like to know what you think about it - write a review about British Student Activism in the Long Sixties book by Caroline Hoefferle and you'll earn 50c in Boomerang Bucks loyalty dollars (you must be a Boomerang Books Account Holder - it's free to sign up and there are great benefits!)

Caroline Hoefferle is an associate professor of history and chair of the Department of History at Wingate University in North Carolina. She has published a number of chapters and articles on the subjects of historiography and student and peace activism in Britain and the United States, including her most recent book, The Essential Historiography Reader (2010).

A Preview for this title is currently not available.
More Books By Caroline Hoefferle
View All