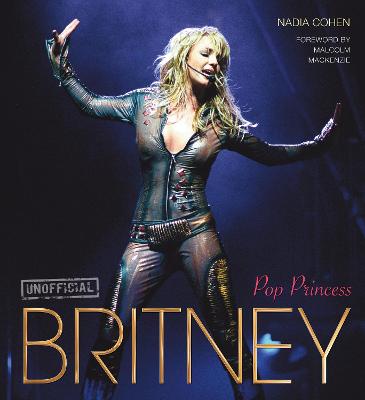 21 million fans on Facebook, and rising, it's the smile, it's the struggle, Britney is a teen sensation. 15 years in the bright lights of fame, the harsh glare of public adoration and the ever-present danger of sliding into the mocking pens of jealous critics but still she carries on. Somehow she has survived the Michael Jackson effect of early success and now commands the respect of a new generation of teens. Since 2004, she has released 10 fragrances, adding up to 1.5 billion (yes, billion) in perfume sales and the director's cut version of her "Womanizer" video is her most-watched video on YouTube, with 88 million views and counting. Glee, X-factor, Britney is a fabulous, popular and enduring star with everyday qualities that make her fans love her and her music more and more as the years go by. Fully illustrated

» Have you read this book? We'd like to know what you think about it - write a review about Britney book by Nadia Cohen and you'll earn 50c in Boomerang Bucks loyalty dollars (you must be a Boomerang Books Account Holder - it's free to sign up and there are great benefits!)

Nadia Cohen (author) is an entertainment journalist who has worked at various national newspapers. As showbusiness correspondent for the Daily Mail she covered star-studded film premieres, award ceremonies and press conferences around the world. She was headhunted for the launch of a new American celebrity magazine, In Touch Weekly, and spent several years in New York. In Touch now has a readership of over a million. Nadia now lives in London and contributes regularly to Grazia magazine. Malcolm Mackenzie (foreword) is the editor of We Love Pop magazine. He started as a professional pop fan writing for teen titles like Top of the Pops Magazine, Bliss and TV Hits, before moving into the adult market, working for GQ, Glamour, Grazia, Attitude, and newspapers The Times, Sunday Times, The Guardian and thelondonpaper where he was Music Editor for three years before returning to the teen sector to launch We Love Pop.

A Preview for this title is currently not available.
More Books By Nadia Cohen
View All