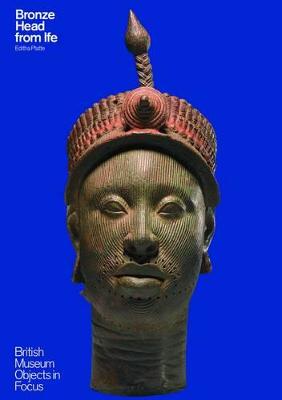 Believed to represent a king, the beautiful bronze head in the British Museum is one of seventeen objects unearthed in 1938-9 at the town of Ife in Nigeria. The stunning naturalism and sophisticated craftsmanship of the objects challenged Western perceptions of African art at the time, which were largely based around abstract wooden figures. It was consequently assumed at first that they must have been made by Europeans or under European influence. In time, however, they came to be seen as wholly African, probably dating from the twelfth to fourteenth centuries, and representative of a hitherto unknown artistic tradition on that continent. The bronze head from Ife is one of the most prized objects in the British Museum's African collections. This book tells its fascinating story, from its discovery to its reception and exhibition in Britain, where it influenced and inspired several major artists. The author also describes how the head has taken on a new life and significance in its homeland, where images of it have abounded since Nigeria declared independence from Britain in 1960.

» Have you read this book? We'd like to know what you think about it - write a review about Bronze Head from Ife book by Editha Platte and you'll earn 50c in Boomerang Bucks loyalty dollars (you must be a Boomerang Books Account Holder - it's free to sign up and there are great benefits!)