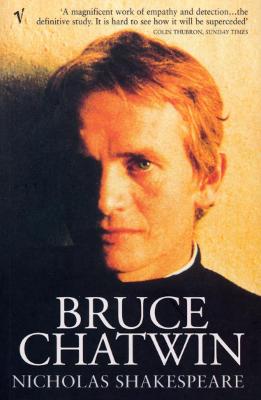 Bruce Chatwin's death from AIDS in 1989 brought a meteoric career to an abrupt end. His reputation as a storyteller has grown over the last decade, and his exquisite, subtle texts continue to inspire readers all over the world.'Of my contemporaries he had the most erudite and possibly the most brilliant mind I ever came across, 'says Salman Rushdie. The books that followed his first success with IN PATAGONIA confirmed his statue as a major writer able to reinvent himself constantly.Bruce Chatwin was different things to different people- a director at Sotheby's, an archeaologist, a journalist, photographer and art-collector. Married for 23 years, he was also an active homosexual. He was at once a socialite, mixing with the rich and famous, and a loner who explored the limits of extreme solitude.In 1991, Nicholas Shakespeare was given unrestricted access to Chatwin's private notebooks, diaries and letters. Across five continents he gathered evidence from Chatwin's friends, family, hosts, enemies and lovers. Looking for Chatwin behind the masks, he has written the definitive biography of one of the mossot charistmatic and elusive literary figures of our time. » Have you read this book? We'd like to know what you think about it - write a review about Bruce Chatwin book by Nicholas Shakespeare and you'll earn 50c in Boomerang Bucks loyalty dollars (you must be a Boomerang Books Account Holder - it's free to sign up and there are great benefits!)


A Preview for this title is currently not available.
More Books By Nicholas Shakespeare
View All