Our story begins at the end of an investigation, as the members of London's Peculiar Crimes Unit race to catch a killer near London Bridge Station in the rain, not realising that they're about to cause a bizarre accident just yards away from the crime scene. And it will have repercussions for them all...
One year later, in an exclusive London crescent, a woman walks her dog - but she's being watched. When she's found dead, the Peculiar Crimes Unit is called in to investigate. Why? Because the method of death is odd, the gardens are locked, the killer had no way in - or out - and the dog has disappeared.
So a typical case for Bryant & May. But the hows and whys of the murder are not the only mysteries surrounding the dead woman - there's a missing husband and a lost nanny to puzzle over too. And it seems very like that the killer is preparing to strike again.
As Arthur Bryant delves in to the history of London's 'wild chambers' - its extraordinary parks and gardens, John May and the rest of the team seem to have caused a national scandal. If no-one is safe then all of London's open spaces must be closed...
With the PCU placed under house arrest, only Arthur Bryant remains at liberty - but can a hallucinating old codger catch the criminal and save the unit before it's too late?

Other Editions - Bryant & May - Wild Chamber by Christopher Fowler » Have you read this book? We'd like to know what you think about it - write a review about Bryant & May - Wild Chamber book by Christopher Fowler and you'll earn 50c in Boomerang Bucks loyalty dollars (you must be a Boomerang Books Account Holder - it's free to sign up and there are great benefits!)

Christopher Fowler is the author of more than forty novels (fifteen of which feature the detectives Bryant and May and the Peculiar Crimes Unit) and short story collections. The recipient of many awards, including the coveted CWA 'Dagger in the Library', Chris has also written screenplays, video games, graphic novels, audio plays and two critically acclaimed memoirs, Paperboy and Film Freak. His most recent book is The Book of Forgotten Authors, drawn from his 'Invisible Ink' columns in the Independent on Sunday. Chris divides his time between London's King's Cross and Barcelona. You can find out more by visiting his website and following him on Twitter. 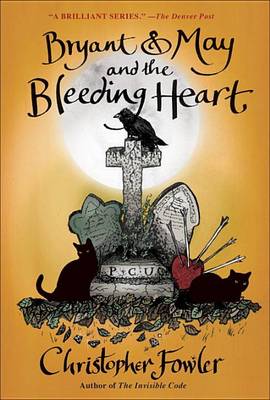 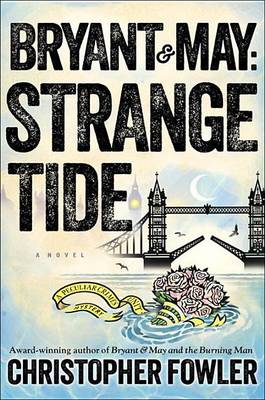