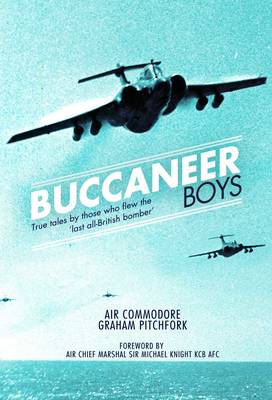 True Tales by Those Who Flew the Last All British-bomber

Twenty-four aircrew who flew the iconic aircraft with the Fleet Air Arm, the Royal Air Force and the South African Air Force (SAAF) relate their experiences and affection for the Blackburn Buccaneer. Arranged in chronological order, the book traces the history of the aircraft and the tasks it fulfilled. In addition to describing events and activities, it provides an insight into the lifestyle of a Buccaneer squadron and the fun and enjoyment of being a 'Buccaneer Boy' in addition to being part of a highly professional and dedicated force. The introduction into service is fully described before further chapters cover the development of the air force's maritime tactics and the deployment of two squadrons to Germany in the overland strike role. Two chapters cover the aircraft's stunning successes at the Red Flag and Maple Flag exercises flown in North America which took the USAF hierarchy by storm. A further chapter is devoted to the intensive but little known Bush War operations by 24 SAAF Squadron on the borders of Angola. Two USAF exchange officers who flew Buccaneers relate their experiences and the aircraft's deployment for the Lebanon crisis and the reinforcement exercise to the Falkland Islands is examined. The introduction of new air-to-surface anti-ship missiles is covered before the Buccaneer left to go to war in the Gulf where it distinguished itself providing precision laser marking for the Tornado force in addition to carrying out its own precision bombing attacks. This lavishly-illustrated book concludes with accounts of the aircraft's final days in RAF service and some reflections on its impact on maritime and overland air power.

Other Editions - The Buccaneer Boys by Graham Pitchfork 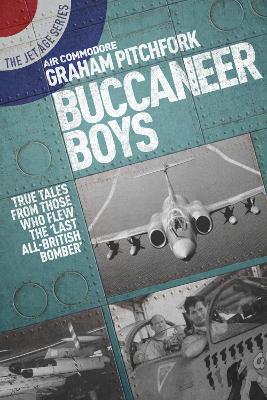 » Have you read this book? We'd like to know what you think about it - write a review about Buccaneer Boys book by Graham Pitchfork and you'll earn 50c in Boomerang Bucks loyalty dollars (you must be a Boomerang Books Account Holder - it's free to sign up and there are great benefits!)


A Preview for this title is currently not available.
More Books By Graham Pitchfork
View All