The Buddha Before Buddhism

Description - The Buddha Before Buddhism by Gil Fronsdal

One of the earliest of all Buddhist texts, the Atthakavagga, or "Book of Eights," is a remarkable document, not only because it comes from the earliest strain of the literature--before the Buddha, as the title suggests, came to be thought of as a "Buddhist"--but also because its approach to awakening is so simple and free of adherence to any kind of ideology. Instead the Atthakavagga points to a direct and simple approach for attaining peace without requiring the adherence to doctrine. The value of the teachings it contains is not in the profundity of their philosophy or in their authority as scripture; rather, the value is found in the results they bring to those who live by them. Instead of doctrines to be believed, the Book of Eights describes means or practices for realizing peace. Gil Fronsdal's rigorous translation with commentary reveals the text to be of interest not only to Buddhists, but also to the ever-growing demographic of spiritual-but-not-religious, who seek a spiritual life outside the structures of religion.

Book Reviews - The Buddha Before Buddhism by Gil Fronsdal

» Have you read this book? We'd like to know what you think about it - write a review about Buddha Before Buddhism book by Gil Fronsdal and you'll earn 50c in Boomerang Bucks loyalty dollars (you must be a Boomerang Books Account Holder - it's free to sign up and there are great benefits!)

GIL FRONSDAL is part of the Vipassana Teachers' Collective at Spirit Rock Meditation Center. He has a PhD in Buddhist Studies from Stanford. He practiced in both the Zen and Insight Meditation worlds, ordaining as a Soto priest in 1982 and as a Theravada monk in Burma in 1985. He's guiding teacher of the Insight Meditation Center in Redwood City, California. He's also one of the most prolific publishers of audio dharma talks today, through the venues of Dharma Seed, Audio Dharma, Zencast, and elsewhere. 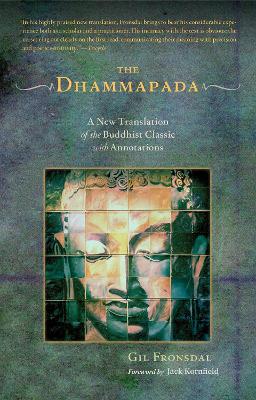