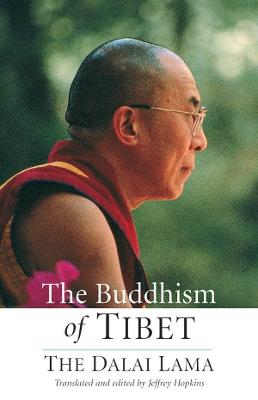 The Buddhism Of Tibet

Description - The Buddhism Of Tibet by Dalai Lama

"Unlike most books by the Dalai Lama which are edited compilations of talks that he has given, this book consists of two texts that he himself wrote and two that he chose-all especially aimed at helping Western readers become better grounded in Buddhism. He wrote "The Buddhism of Tibet" and "The Key to the Middle Way" sections to explain the principal topics and central practices of Buddhism. There are four sections to this compilation- amp;#160; * "The Buddhism of Tibet" by the Dalai Lama- In this excellent introduction, the Dalai Lama explains the principal topics and central practices of Buddhism. amp;#160; * "The Key to the Middle Way" by the Dalai Lama- The Dalai Lama leads the student to the discovery of the true meaning of emptiness. With acute precision, he presents many insights into the nature of"emptiness. amp;#160; * "The Precious Garland" by Nagarjuna- Originally written for a king, this text is famous for its descriptions of the bodhisattva path of compassion and for its clear, co

Book Reviews - The Buddhism Of Tibet by Dalai Lama

» Have you read this book? We'd like to know what you think about it - write a review about Buddhism Of Tibet book by Dalai Lama and you'll earn 50c in Boomerang Bucks loyalty dollars (you must be a Boomerang Books Account Holder - it's free to sign up and there are great benefits!)

His Holiness the Fourteenth Dalai Lama is considered the foremost Buddhist leader of our time. The exiled spiritual head of the Tibetan people, he is a Nobel Peace Laureate, a Congressional Gold Medal recipient, and a remarkable teacher and scholar who has authored over one hundred books.

A Preview for this title is currently not available.
More Books By Dalai Lama
View All

Healing Emotions: Conversations with the Dalai Lama on Psychology, Meditation, and the Mind-Body Connection
$42.07 $46.74