The poetry, politics and madness of Ezra Pound

Description - The Bughouse by Daniel Swift

A groundbreaking new biography of Ezra Pound, one of the most controversial poets of the twentieth century, told through the stories of his illustrious visitors at St Elizabeths Hospital, Washington, DC

In 1945, Ezra Pound was due to stand trial for treason for his broadcasts in Fascist Italy during the Second World War. But before the trial could take place Pound was pronounced insane. Escaping a potential death sentence he was shipped off to St Elizabeths Hospital near Washington, DC, where he was held for over a decade.

At the hospital, Pound was at his most contradictory and most controversial- a genius writer - 'The most important living poet in the English language' according to T. S. Eliot - but also a traitor and now, seemingly, a madman. But he remained a magnetic figure. Eliot, Elizabeth Bishop, Robert Lowell and John Berryman all went to visit him at what was perhaps the world's most unorthodox literary salon- convened by a fascist and held in a lunatic asylum.

Told through the eyes of his illustrious visitors, The Bughouse captures the essence of Pound - the artistic flair, the profound human flaws - whilst telling the grand story of politics and art in the twentieth century.

Other Editions - The Bughouse by Daniel Swift 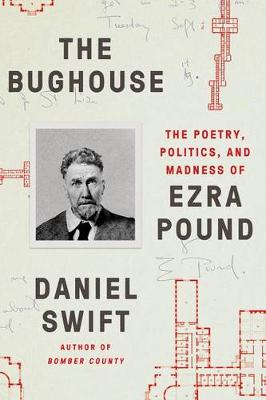 » Have you read this book? We'd like to know what you think about it - write a review about Bughouse book by Daniel Swift and you'll earn 50c in Boomerang Bucks loyalty dollars (you must be a Boomerang Books Account Holder - it's free to sign up and there are great benefits!)

Daniel Swift teaches at the New College of the Humanities. His first book, Bomber County, was longlisted for the Samuel Johnson Prize and the Guardian First Book award, and his essays and reviews have appeared in the New York Times, the New Statesman, and Harper's.

A Preview for this title is currently not available.
More Books By Daniel Swift
View All