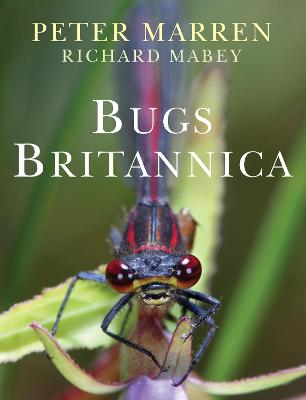 As with Flora and Birds, Bugs is not a biological guide but a richly-illustrated cultural one, seen through the eyes of writers, musicians, artists and naturalists - from the great Tudor naturalist, Thomas Muffet (father of Little Miss Muffet) to Irvine Welsh's talking tapeworm in Filth - as well as contributions by ordinary men and women who are fascinated by creepy-crawlies of all kinds.The book is structured along a roughly evolving path, from simple cell life-forms - amoeba, worms, crustaceans (proof, say the authors, of 'just how far you can go on very little') - to bugs we all might recognise - spiders, butterflies, bees - and back into the water to meet molluscs and 'almost-fish'... The book works so triumphantly because author Peter Marren has examined bugs in the dusty corners of our houses and gardens as well as traversing mountains, lakes and fields. In addition to the fascinating habits of the bug world, he also includes the eccentric behaviour of the bug obsessives themselves.But of course, the true heroes of the book are the bugs themselves- the nimble-dicks, clock ladies and coffin-cutters. From the Boring Sponge (its official name!) to the Mermaid's Glove and Penis Worm, via the glamourous Dark Crimson Underwing and Ruby-Tailed Wasp - this rich compendium of bugs is a must not only for naturalists but for anyone who cares about the crawling, buzzing swarms at our feet.

» Have you read this book? We'd like to know what you think about it - write a review about Bugs Britannica book by Peter Marren and you'll earn 50c in Boomerang Bucks loyalty dollars (you must be a Boomerang Books Account Holder - it's free to sign up and there are great benefits!)

Peter Marren is a wildlife writer, journalist and authority on invertebrate folklore and names. His books include The New Naturalists, which won the Society for the History of Natural History's Thackray Medal, Britain's Rare Flowers, which won the Botanical Society of the British Isles' Presidents' Award. He won a Leverhulme Research Fellowship for work on Bugs Britannica. Richard Mabey is 'Britain's greatest living nature writer' (The Times) and the force behind the Britannica series. Among his acclaimed publications are Food for Free, Gilbert White (Whitbread Biography of the Year) Nature Cure, Beechcombings and Flora Britannica, which won the British Book Awards' Illustrated Book of the Year and the Botanical Society of the British Isles' President's Award. He also collaborated with Mark Cocker on Birds Britannica. 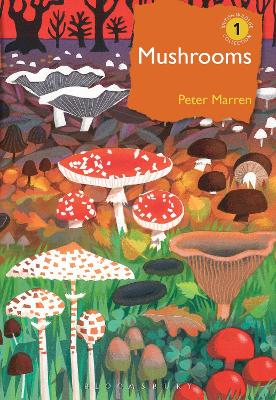