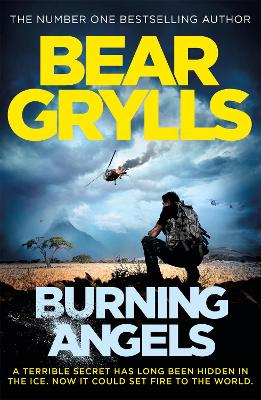 A prehistoric corpse entombed within an Arctic glacier, crying tears of blood.A jungle island overrun by rabid primates - escapees from a research laboratory's Hot Zone.A massive seaplane hidden beneath a mountain, packed with a Nazi cargo of mind-blowing evil.A penniless orphan kidnapped from an African slum, holding the key to the world's survival.Four terrifying journeys. One impossible path.Only one man to attempt it. Will Jaeger. The Hunter. 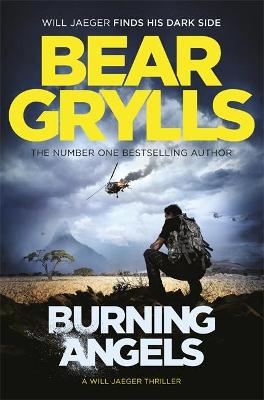 » Have you read this book? We'd like to know what you think about it - write a review about Burning Angels book by Bear Grylls and you'll earn 50c in Boomerang Bucks loyalty dollars (you must be a Boomerang Books Account Holder - it's free to sign up and there are great benefits!)

Bear Grylls has become known around the world as one of the most recognised faces of survival and outdoor adventure. His journey to this acclaim started in the UK, where his late father taught him to climb and sail. Trained from a young age in martial arts, Bear went on to spend three years as a soldier in the British Special Forces, serving with 21 SAS. It was here that he perfected many of the skills that his fans all over the world enjoy, watching him pit himself against Mother Nature. His TV show, MAN VS WILD/BORN SURVIVOR, became one of the most watched programmes on the planet with an estimated audience of 1.2 billion. He also hosts the hit adventure show RUNNING WILD on NBC in America, as well as THE ISLAND WITH BEAR GRYLLS for Channel 4 and MISSION SURVIVE WITH BEAR GRYLLS for ITV in the UK. He is currently the youngest ever Chief Scout to the UK Scout Association and is an honorary Colonel to the Royal Marines Commandos. He has authored a number of fiction and non-fiction books, including the Sunday Times top ten bestseller, GHOST FLIGHT, and the number one bestseller, MUD, SWEAT & TEARS. Find out more at www.beargrylls.com or follow him on Twitter @BearGrylls