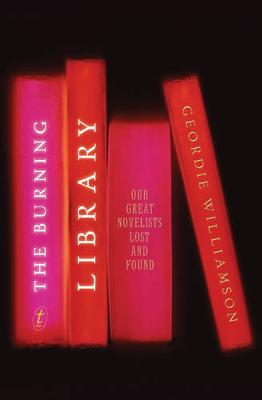 The Burning Library: Our Great Novelists Lost and Found

Description - The Burning Library: Our Great Novelists Lost and Found by Geordie Williamson

The Burning Library explores the lives and work of Australian novelists, many of whom have unjustly disappeared from the public imagination. Alarmed by the increasingly marginal status of Australian literature in the academy, Williamson has set out to reintroduce us to those key writers whose works we may have forgotten or missed altogether. His focus is on fiction that gives pleasure, and he is ardent in defence of books that for whatever reason sit uneasily in the present moment. Among the writers Williamson discusses are Dymphna Cusack, Elizabeth Harrower, David Ireland, Olga Masters and Gerald Murnane. The Burning Library is a dynamic act of reclamation inspired by Miles Franklin's claim that a nation that fails to acknowledge its literary treasures is 'neither preserved nor developed, but only defaced'.

Other Editions - The Burning Library: Our Great Novelists Lost and Found by Geordie Williamson 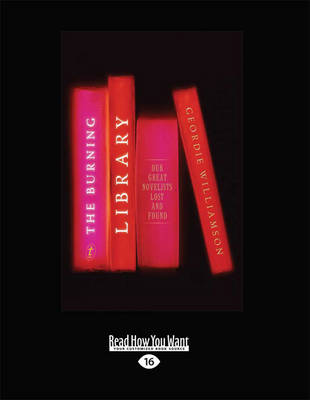 » Have you read this book? We'd like to know what you think about it - write a review about Burning Library: Our Great Novelists Lost and Found book by Geordie Williamson and you'll earn 50c in Boomerang Bucks loyalty dollars (you must be a Boomerang Books Account Holder - it's free to sign up and there are great benefits!)

Geordie Williamson is chief literary critic of the Australian newspaper, a position he has held since 2008, though his essays and reviews have been appearing in newspapers and magazines here and in the UK for over a decade.In 2011, he won the Pascall Prize for criticism, Australia's only major national prize awarded for critical writing. He lives in the Blue Mountains with his family.

A Preview for this title is currently not available.
More Books By Geordie Williamson
View All