The Story of the Smithfield Martyrs Unabridged edition

Smithfield, settled on the fringes of Roman London, was once a place of revelry. Jesters and crowds flocked for the medieval St Bartholomew's Day celebrations, tournaments were plentiful and it became the location of London's most famous meat market. Yet in Tudor England, Smithfield had another, more sinister use: the public execution of heretics.

Spanning the reigns of British history's most remarkable dynasty, The Burning Time is a vivid insight into an era in which what was orthodoxy one year might be dangerous heresy the next. The first martyrs were Catholics, who cleaved to Rome in defiance of Henry VIII's break with the papacy. But with the accession of Henry's daughter Mary - soon to be nicknamed 'Bloody Mary' - the charge of heresy was levelled against devout Protestants, who chose to burn rather than recant.

At the centre of Virginia Rounding's vivid account of this extraordinary period are two very different characters. The first is Richard Rich, Thomas Cromwell's protege, who, almost uniquely, remained in a position of great power, influence and wealth under three Tudor monarchs, and who helped send many devout men and women to their deaths. The second is John Deane, Rector of St Bartholomew's, who was able, somehow, to navigate the treacherous waters of changing dogma and help others to survive.

The Burning Time is their story, but it is also the story of the hundreds of men and women who were put to the fire for their faith. It is a gripping insight into a time when people were willing to die, and to kill, in the name of religion.

Other Editions - The Burning Time by Virginia Rounding 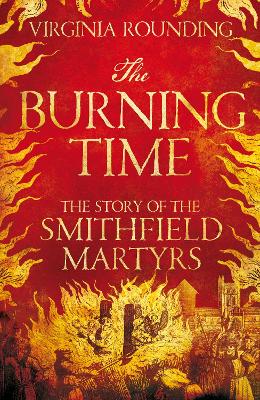 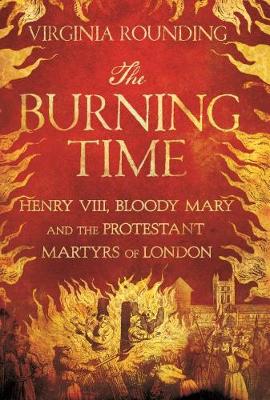 » Have you read this book? We'd like to know what you think about it - write a review about Burning Time book by Virginia Rounding and you'll earn 50c in Boomerang Bucks loyalty dollars (you must be a Boomerang Books Account Holder - it's free to sign up and there are great benefits!)

Virginia Rounding is a writer, critic and former RLF Fellow at the Courtauld Institute of Art. Author of biographies of Catherine the Great, Tsar Nicholas II and Empress Alexandra, and of Grandes Horizontales, a study of French courtesans, she also contributes to a number of newspapers and magazines, such as the Daily Telegraph and the Financial Times. She is involved in the current life of Smithfield as an elected City of London councillor, known as a 'Common Councilman', for the area.

A Preview for this title is currently not available.
More Books By Virginia Rounding
View All