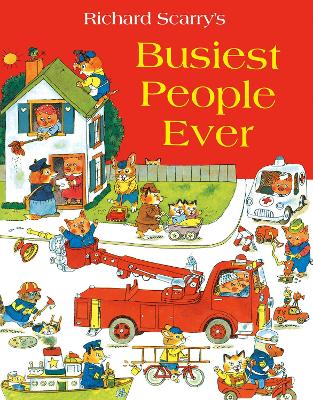 Take a trip to the world of Richard Scarry and find out about all the jobs people do. From the everyday to the not so obvious.
Do you know who greets the new arrivals at a train station? Or carries the luggage onto a ship? Who saves the day when the train is going to crash? And who delivers the apples for Grandma's apple pie?
Find the answers to these questions and more with the busy residents of Busytown.

Other Editions - Busiest People Ever by Richard Scarry 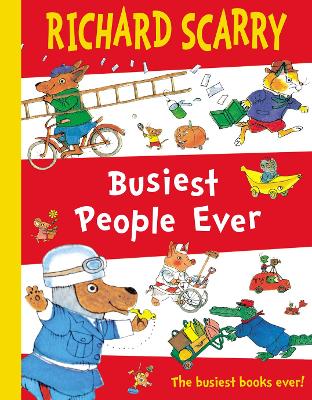 » Have you read this book? We'd like to know what you think about it - write a review about Busiest People Ever book by Richard Scarry and you'll earn 50c in Boomerang Bucks loyalty dollars (you must be a Boomerang Books Account Holder - it's free to sign up and there are great benefits!)

Born in Boston in 1919, Richard Scarry's drawing talent led him to study at the Boston Museum School. He began his career in New York City as an illustrator and freelance artist, and in 1963 he published his first book, The Best Word Book Ever, which became an international best-seller.