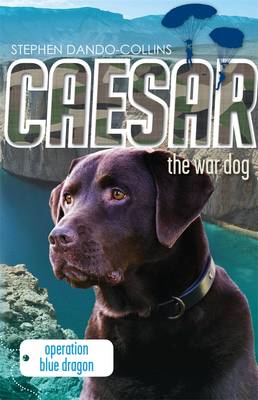 Our canine hero is back on duty . . .When injured war hero Charlie finally returns to SAS service, he no longer needs Caesar's help as a care dog. Caesar can go back to being a super-sniffing explosive detection dog in the Australian Army.On their first mission back together, Caesar and his handler, Ben, discover a bomb at the Sydney Opera House, targeting the visiting secretary-general of the United Nations.A fortnight later, while on a peace mission in Afghanistan, the secretary-general's helicopter goes down and he is captured by the Taliban. Caesar, Ben and Charlie join an international team to rescue him. Will they succeed? An experimental mini-submarine might help - and Caesar's famous nose is sure to sniff out trouble along the way.

» Have you read this book? We'd like to know what you think about it - write a review about Caesar the War Dog 2 book by Stephen Dando-Collins and you'll earn 50c in Boomerang Bucks loyalty dollars (you must be a Boomerang Books Account Holder - it's free to sign up and there are great benefits!)