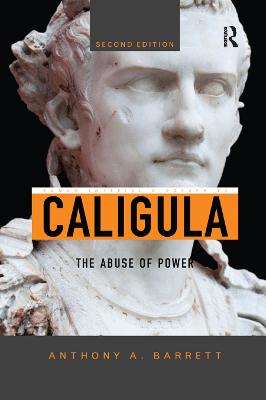 Caligula: The Abuse of Power

Description - Caligula: The Abuse of Power by Anthony A. Barrett

The Roman Empire has always exercised a considerable fascination. Among its numerous colourful personalities, no emperor, with the possible exception of Nero, has attracted more popular attention than Caligula, who has a reputation, whether deserved or not, as the quintessential mad and dangerous ruler.

The first edition of this book established itself as the standard study of Caligula. It remains the only full length and detailed scholarly analysis in English of this emperor's reign, and has been translated into a number of languages. But the study of Classical antiquity is not a static phenomenon, and scholars are engaged in a persistent quest to upgrade our knowledge and thinking about the ancient past. In the thirty years since publication of the original Caligula there have been considerable scholarly advances in what we know about this emperor specifically, and also about the general period in which he functioned, while newly discovered inscriptions and major archaeological projects have necessitated a rethinking of many of our earlier conclusions about early imperial history. This new edition constitutes a major revision and, in places, a major rewriting, of the original text. Maintaining the reader-friendly structure and organisation of its predecessor, it embodies the latest discoveries and the latest thinking, seeking to make more lucid and comprehensible those aspects of the reign that are particularly daunting to the non-specialist. Like the original, this revised Caligula is intended to satisfy the requirements of the scholarly community while appealing to a broad and general readership.

Other Editions - Caligula: The Abuse of Power by Anthony A. Barrett 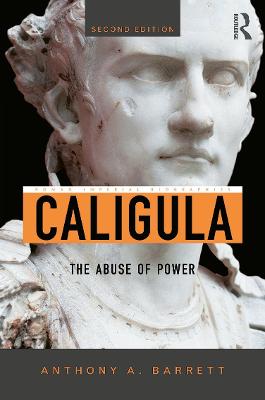 Book Reviews - Caligula: The Abuse of Power by Anthony A. Barrett

» Have you read this book? We'd like to know what you think about it - write a review about Caligula: The Abuse of Power book by Anthony A. Barrett and you'll earn 50c in Boomerang Bucks loyalty dollars (you must be a Boomerang Books Account Holder - it's free to sign up and there are great benefits!)


A Preview for this title is currently not available.
More Books By Anthony A. Barrett
View All