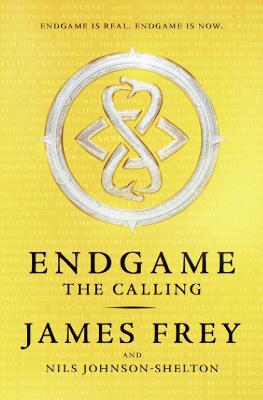 Description - The Calling by James Frey

THE END OF THE WORLD IS COMING. PLAY NOW. OR WE ALL LOSE.

After centuries waiting in secret, twelve unbroken bloodlines, armed with hidden knowledge and lethal training, are called to take humanity's fate into their hands...

The first book in a game-changing new series by bestselling author, James Frey.
Bryan High School, Omaha, Nebraska: Sarah stands at her graduation ceremony - perfect SATs, a star athlete, her life ahead of her. Then a meteor wipes out half her school. But Sarah is not hurt and not surprised. Because she is the Player of the 233rd line - the Cahokian. And she knows what this means.

Juliaca, Puno, Peru: Jago walks the streets after the meteor hits. There's looting and violence but he's not scared. He is the Player of the 21st line - the Olmec. And he's ready.

China, Australia, Turkey... Twelve meteors fall. Cities and people burn. The news is full of the end of the world.

But Sarah, Jago and ten others are already plotting and planning for the fight. They are the Players and Endgame is here.

All but one of them will fail. But that one will
save the world. We hope...

Written into this book is a puzzle. Solve the puzzle, and you will find the key to open a case of gold. Read the Books. Find the Clues. Solve the Puzzle. Who will Win?

Google Niantic is building a mobile location-based augmented reality videogame inextricably tied to the books and mythology, a major prize will be tied to a puzzle in each book, and Twentieth Century Fox has bought the movie rights


Other Editions - The Calling by James Frey 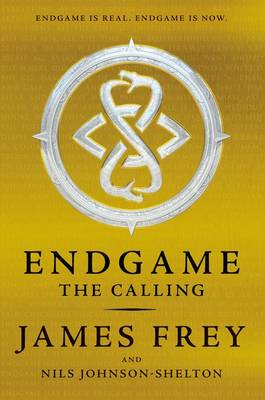 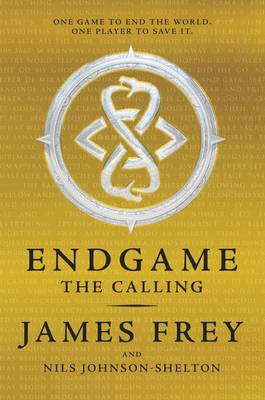 View all editions of The Calling by James Frey

» Have you read this book? We'd like to know what you think about it - write a review about Calling book by James Frey and you'll earn 50c in Boomerang Bucks loyalty dollars (you must be a Boomerang Books Account Holder - it's free to sign up and there are great benefits!)

James Frey is originally from Cleveland. He is the author of the bestselling novels, A Million Little Pieces and My Friend Leonard. He lives in New York.

Katerina: The new novel from the author of the bestselling A Million Little Pieces
$18.39 $22.99