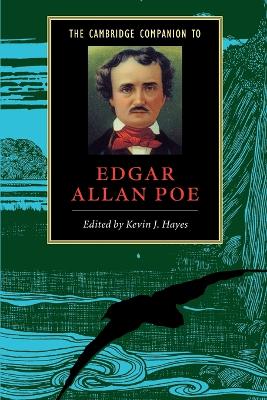 This collection of specially-commissioned essays by experts in the field explores key dimensions of Edgar Allan Poe's work and life. Contributions provide a series of new perspectives on one of the most enigmatic and controversial American writers. The essays, specially tailored to the needs of undergraduates, examine all of Poe's major writings, his poetry, short stories and criticism, and place his work in a variety of literary, cultural and political contexts. They situate his imaginative writings in relation to different modes of writing: humor, Gothicism, anti-slavery tracts, science fiction, the detective story, and sentimental fiction. Three chapters examine specific works: The Narrative of Arthur Gordon Pym, 'The Fall of the House of Usher', 'The Raven', and 'Ulalume'. The volume features a detailed chronology and a comprehensive guide to further reading, and will be of interest to students and scholars alike.

Other Editions - The Cambridge Companion to Edgar Allan Poe by Kevin J. Hayes » Have you read this book? We'd like to know what you think about it - write a review about Cambridge Companion to Edgar Allan Poe book by Kevin J. Hayes and you'll earn 50c in Boomerang Bucks loyalty dollars (you must be a Boomerang Books Account Holder - it's free to sign up and there are great benefits!)

Kevin J. Hayes is Professor of English, University of Central Oklahoma. He is the author of Poe and the Printed Word (Cambridge, 2000); Melville's Folk Roots (1999); The Library of William Byrd of Westover (1997), for which he won the first annual Virginia Library History Award; Folklore and Book Culture (1997); and A Colonial Woman's Bookshelf (1996). In addition, he has edited Henry James: The Contemporary Reviews (Cambridge, 1996). His essays and reviews have appeared in American Literature, Edgar Allan Poe Review, Literature/Film Quarterly, New England Quarterly, Studies in the Novel, and Visible Language. In 1998, he received the Distinguished Service Award from the Association for Documentary Editing.