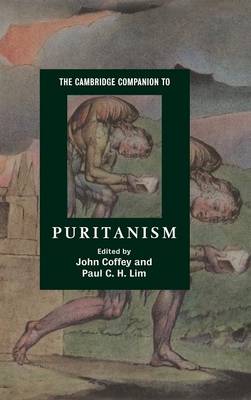 The Cambridge Companion to Puritanism

Description - The Cambridge Companion to Puritanism by John Coffey

'Puritan' was originally a term of contempt, and 'Puritanism' has often been stereotyped by critics and admirers alike. As a distinctive and particularly intense variety of early modern Reformed Protestantism, it was a product of acute tensions within the post-Reformation Church of England. But it was never monolithic or purely oppositional, and its impact reverberated far beyond seventeenth-century England and New England. This Companion broadens our understanding of Puritanism, showing how students and scholars might engage with it from new angles and uncover the surprising diversity that fermented beneath its surface. The book explores issues of gender, literature, politics and popular culture in addition to addressing the Puritans' core concerns such as theology and devotional praxis, and coverage extends to Irish, Welsh, Scottish and European versions of Puritanism as well as to English and American practice. It challenges readers to re-evaluate this crucial tradition within its wider social, cultural, political and religious contexts.

Other Editions - The Cambridge Companion to Puritanism by John Coffey 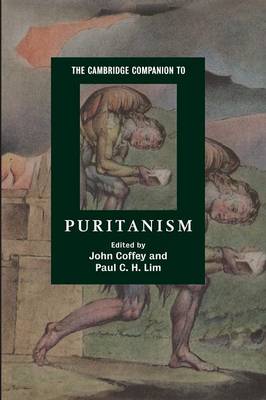 Book Reviews - The Cambridge Companion to Puritanism by John Coffey

» Have you read this book? We'd like to know what you think about it - write a review about Cambridge Companion to Puritanism book by John Coffey and you'll earn 50c in Boomerang Bucks loyalty dollars (you must be a Boomerang Books Account Holder - it's free to sign up and there are great benefits!)

John Coffey is Reader in Early Modern History at the University of Leicester. His publications include John Godwin and the Puritan Revolution: Religion and Intellectual Change in Seventeenth-Century England (2006) and Politics, Religion and the British Revolutions: The Mind of Samuel Rutherford (1997, 2002) Paul C. H. Lim is Assistant Professor of Reformation History at Vanderbilt University Divinity School. He is author of In Pursuit of Purity, Unity and Liberty: Richard Baxter's Puritan Ecclesiology in its Seventeenth-Century Context (2004).

A Preview for this title is currently not available.
More Books By John Coffey
View All

Early Diplomatic Negotiations of the United States with Russia
$49.02 $54.47