'If you are not ready to lay the truth at her feet as I am-then you will know to the end of your days that she really belongs to me and not to you.'

The Reverend Morell, a socialist preacher, brings a penniless young poet, Eugene Marchbanks, into his home, which is dominated by his fascinating wife, Candida. With its single stage setting and small cast of six characters, Shaw's play is deceptively simple. Centered on a romantic triangle and parodying courtly love and the domestic drama of Ibsen, Candida also abounds with classical allusions, the fervor of a religious revival, and poetic inspiration and aspirations.

This is the definitive text prepared under the editorial supervision of Dan H. Laurence. This volume includes Shaw's preface of 1898.

WINNER OF THE NOBEL PRIZE IN LITERATURE 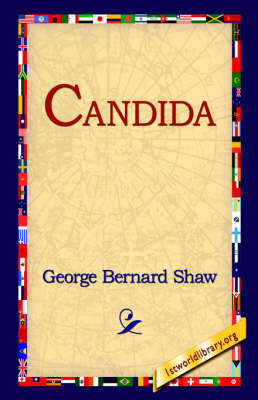 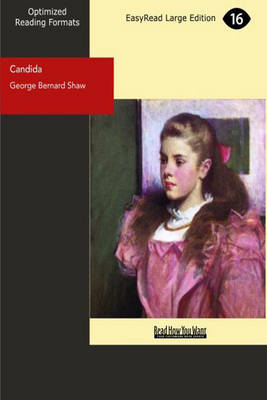 » Have you read this book? We'd like to know what you think about it - write a review about Candida book by George Bernard Shaw and you'll earn 50c in Boomerang Bucks loyalty dollars (you must be a Boomerang Books Account Holder - it's free to sign up and there are great benefits!)

George Bernard Shaw (1856-1950) is one of the world's greatest literary figures. Born in Dublin, Ireland, he left school at fourteen and in 1876 went to London, where he began his literary career with a series of unsuccessful novels. In 1884 he became a founder of the Fabian Society, the famous British socialist organization. After becoming a reviewer and drama critic, he published a study of the Norwegian dramatist Henrik Ibsen in 1891 and became determined to create plays as he felt Ibsen did: to shake audiences out of their moral complacency and to attack social problems. However, Shaw was an irrepressible wit, and his plays are as entertaining as they are socially provocative. Basically shy, Shaw created a public persona for himself: G.B.S., a bearded eccentric, crusading social critic, antivivisectionist, language reformer, strict vegetarian, and renowned public speaker. The author of fifty-three plays, hundreds of essays, reviews, and letters, and several books, Shaw is best known for Widowers' Houses, Mrs. Warren's Profession, Arms and the Man, Caesar and Cleopatra, Man and Superman, Major Barbara, Pygmalion, Heartbreak House, and Saint Joan. He was awarded the Nobel Prize in Literature in 1925. Peter Gahan is a writer and lecturer specializing in psychoanalytical theory in film and literature. Originally from Ireland, Gahan now resides in California.