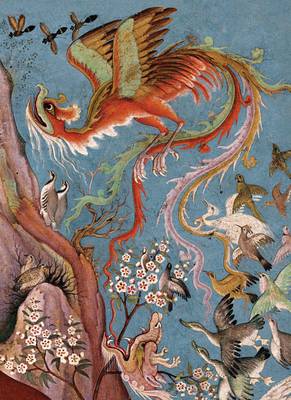 The Canticle of the Birds

Description - The Canticle of the Birds by Farid al-Din Attar

A masterpiece of Persian literature written in the twelfth century, 'The Canticle of the Birds' is the poetic expression of a universal initiatory quest, for Love, Truth and Unity. The journey of the birds beyond the seven valleys to meet Simorgh, the legendary bird and allegory of the Supreme Being, symbolises the voyage of every human soul. The translation by Dick Davis and Afkham Darbandi, published by Penguin Classics in 1984, was the first verse translation in English of Attar's work. His passionate and scholarly translation limpidly renders the poet's thought, as well as the beauty and musicality of his language. For this edition, Dick Davis has translated the prologue and epilogue, and has also reworked several passages. More than two hundred Persian,Turkish, Afghan and Indo-Pakistani works, chosen from the most beautiful manuscripts of the fourteenth to the seventeenth centuries - from the banks of the Bosporus to those of the Ganges - complement the poem. The choice of works benefited from the inestimable contribution of Michael Barry; he has written over two hundred commentaries on the works, presented facing each painting. These commentaries will provide the reader with keys to understanding and interpretation. SELLING POINTS: A numbered edition, limited to 300 copies; featuring 207 Persian, Turkish, Afghanand Indo-Pakistani miniatures from the fourteenth to the seventeenth centuries, from public and private collections from around the world Unabridged version of the verse translation by Dick Davis, Professor of Persian and Chair of the Department of Near Eastern Languages and Cultures at Ohio State University With commentaries and introductions by Michael Barry, lecturer in the Department of Near Eastern Studies at Princeton University, formerly chairman of the advisory committee of the Department of Islamic Art at the Metropolitan Museum of Art, New York, and Leili Anvar, senior lecturer in Persian language and literature at the Institut national des langues et civilisations orientales (INALCO) [National Institute of Oriental Languages and Civilizations], Paris 207 colour illustrations » Have you read this book? We'd like to know what you think about it - write a review about Canticle of the Birds book by Farid al-Din Attar and you'll earn 50c in Boomerang Bucks loyalty dollars (you must be a Boomerang Books Account Holder - it's free to sign up and there are great benefits!)