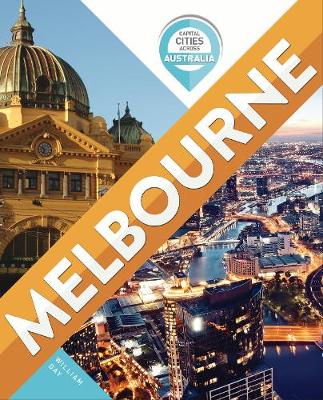 Despite its shaky start the British settlement at Port Phillip developed into a colonial city that rivalled Sydney for its wealth and cultural influence. The Gold Rush provided the funds to build magnificent buildings and provide all the infrastructure needed to turn a colonial outpost into a great city. In the 20th century Melbourne became the first city in the southern hemisphere to host an Olympic Games and today it has a focus on the arts and a commitment to sustainability. Melbourne has a large and diverse population and it expects to rival Sydney in numbers of people in the near future.

» Have you read this book? We'd like to know what you think about it - write a review about Capital Cities Across Australia: Melbourne book by William Day and you'll earn 50c in Boomerang Bucks loyalty dollars (you must be a Boomerang Books Account Holder - it's free to sign up and there are great benefits!)

Reminiscences of the Turf, with Anecdotes and Recollections of Its Principal Celebrities
$66.95 $74.39