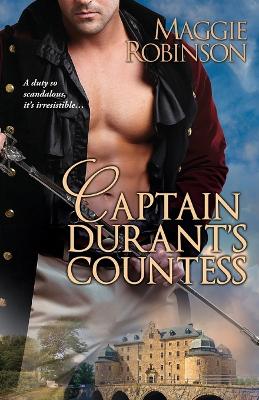 "Steam rises from the pages." -Romantic Times (4 stars) on Mistress by Marriage

Tucked amid the pages of The London List, a newspaper that touts the city's scandals, is a vaguely-worded ad for an intriguing job-one that requires a most wickedly uncommon candidate...

Maris has always been grateful that her marriage to the aging Earl of Kelby saved her from spinsterhood. Though their union has been more peaceful than passionate, she and the earl have spent ten happy years together. But his health is quickly failing, and unless Maris produces an heir, Kelby's conniving nephew will inherit his estate. And if the earl can't get the job done himself, he'll find another man who can...

Captain Reynold Durant is known for both his loyalty to the Crown and an infamous record of ribaldry. Yet despite a financial worry of his own, even he is reluctant to accept Kelby's lascivious assignment-until he meets the beautiful, beguiling Maris. Incited by duty and desire, the captain may be just the man they are looking for. But while he skillfully takes Maris to the heights of ecstasy she has longed for, she teaches him something even more valuable and unexpected...

» Have you read this book? We'd like to know what you think about it - write a review about Captain Durant's Countess book by Maggie Robinson and you'll earn 50c in Boomerang Bucks loyalty dollars (you must be a Boomerang Books Account Holder - it's free to sign up and there are great benefits!)


A Preview for this title is currently not available.
More Books By Maggie Robinson
View All