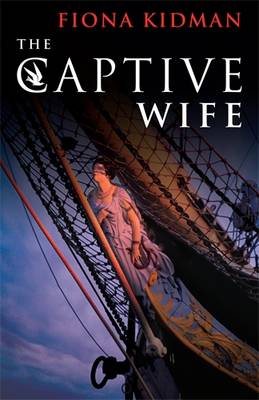 A prize-winning historical novel that has become a New Zealand classic.

Based on real events, this prize-winning novel is the compelling story of a marriage, of love and duty, and the quest for freedom in a pioneering age.

When Betty Guard steps ashore in Sydney, in 1834, she meets with a heroine's welcome. Her survival during a four-month kidnapping ordeal amongst Taranaki Maori is hailed as nothing short of a miracle. But questions about what really happened slowly surface within the elite governing circles of the raw new town of Sydney. Jacky Guard, ex-convict turned whaler, had taken Betty as his wife to his New Zealand whaling station when she was fourteen.

After several years and two children, the family is returning from a visit to Sydney when their barque is wrecked near Mount Taranaki. A battle with local Maori follows, and Betty and her children are captured. Her husband goes to seek a ransom, but instead England engages in its first armed conflict with New Zealand Maori when he is persuaded to return with two naval ships. After her violent rescue, Betty's life amongst the tribe comes under intense scrutiny.

Other Editions - The Captive Wife by Fiona Kidman 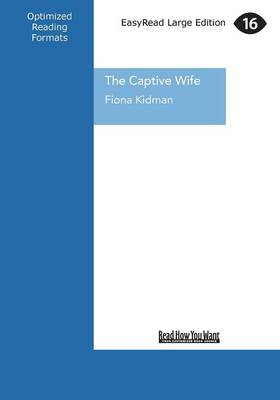 » Have you read this book? We'd like to know what you think about it - write a review about Captive Wife book by Fiona Kidman and you'll earn 50c in Boomerang Bucks loyalty dollars (you must be a Boomerang Books Account Holder - it's free to sign up and there are great benefits!)

Fiona Kidman has published over 30 books, including novels, poetry, non-fiction and a play. She has worked as a librarian, creative writing teacher, radio producer and critic, and as a scriptwriter for radio, television and film, but primarily as a writer. The New Zealand Listener wrote- 'In her craft and her storytelling and in her compassionate gutsy tough expression of female experience, she is the best we have.' She has been the recipient of numerous awards and fellowships; in more recent years The Captive Wife was runner-up for the Deutz Medal for Fiction and was joint-winner of the Readers' Choice Award in the 2006 Montana New Zealand Book Awards, and her short story collection The Trouble with Fire was shortlisted for both the NZ Post Book Awards and the Frank O'Connor Short Story Award. She was created a Dame (DNZM) in 1998 in recognition of her contribution to literature, and more recently a Chevalier de l'Ordre des Arts et des Lettres and a Chevalier of the French Legion of Honour. 'We cannot talk about writing in New Zealand without acknowledging her,' wrote New Zealand Books. 'Kidman's accessible prose and the way she shows (mainly) women grappling to escape from restricting social pressures has guaranteed her a permanent place in our fiction.'