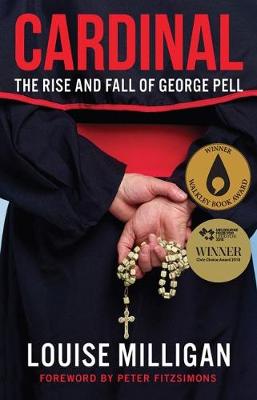 NOT FOR SALE IN VICTORIA

He is the most senior Catholic figure in the world to be charged by police and convicted of child sex offences. The abuse involved choirboys at Melbourne's St Patrick's Cathedral.

George Pell was a Ballarat boy who studied at Oxford and rose through the Catholic Church ranks to become adviser to Pope Francis and Vatican treasurer. He has been expelled from the Pope's inner circle of trusted cardinals.

As an outspoken defender of church orthodoxy, supported and championed by the powerful, Pell's ascendancy was remarkable and seemingly unstoppable.

The Royal Commission into Institutional Responses to Child Abuse brought to light horrific stories about sexual abuse of the most vulnerable, Pell portrayed himself as the first man in the Catholic Church to tackle the problem.

But questions about what the Cardinal knew, and when, persisted.

Louise Milligan pieces together decades of disturbing activities highlighting Pell's actions and cover-ups. The book is a testament to the most intimate stories of complainants. Many people entrusted their secrets to be told here for the first time.

Multi-award winning Cardinal reveals uncomfortable truths about a culture of sexual entitlement, abuse of trust and how ambition can silence evil.

Other Editions - Cardinal by Louise Milligan 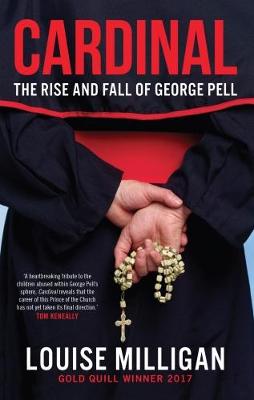 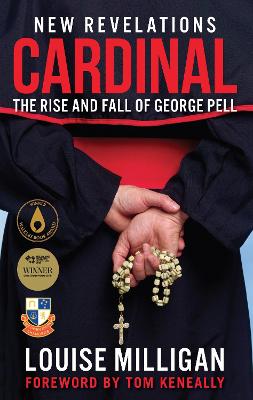 View all editions of Cardinal by Louise Milligan

» Have you read this book? We'd like to know what you think about it - write a review about Cardinal book by Louise Milligan and you'll earn 50c in Boomerang Bucks loyalty dollars (you must be a Boomerang Books Account Holder - it's free to sign up and there are great benefits!)