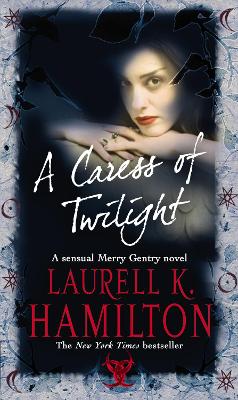 A Caress Of Twilight

Description - A Caress Of Twilight by Laurell K Hamilton

She is Princess Meredith and she is heir to a throne - IF she can stay alive long enough to claim it. Unlike most of her kind, Merry is part human and all too mortal, as her cousin and arch rival knows only too well. For a deadly game is being played in the Faerie court and whoever produces an heir first wears the crown. But as she auditions her royal guard - illustrious warriors equally at home with gun and blade or spell - for the role of future king and father of her child, Merry is somewhat distracted from her career as a private investigator.Then, in her adoptive home, in the City of Angels, people start dying in mysterious, frightening ways. What the human police don't realize is that the killer is hunting the Fey as well. It seems chaos awaits, threatening the very existence of the place known as Faerie is in grave danger and Merry finds herself facing an ancient evil that threatens the very fabric of her world. And that's just the day job...

Other Editions - A Caress Of Twilight by Laurell K Hamilton Book Reviews - A Caress Of Twilight by Laurell K Hamilton

» Have you read this book? We'd like to know what you think about it - write a review about Caress Of Twilight book by Laurell K Hamilton and you'll earn 50c in Boomerang Bucks loyalty dollars (you must be a Boomerang Books Account Holder - it's free to sign up and there are great benefits!)

Laurell K. Hamilton is the New York Times bestselling author of the Meredith Gentry novels - A KISS OF SHADOWS, A CARESS OF TWILIGHT and now SEDUCED BY MOONLIGHT - and ten acclaimed Anita Blake Vampire Hunter novels. She lives in St Louis with her family.