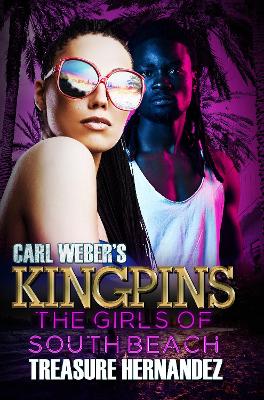 Anissa Burke has one goal, and that's to be the baddest bitch to ever walk the earth. Using seduction to her advantage, she stays laced in designer clothes, in the best homes, and behind the wheel of fancy cars. Things are good, and when Anissa meets a pimp named Leon, he promises to make them even better.

At first Leon treats her like royalty. He tells her she's better than his other girls and even shows her the game. Soon, though, she begins to see the evil in him take root, and his love turns to brutal blows. Tired of seeing bruises on her skin and giving him all her money, Anissa can't take it anymore. After witnessing Leon commit a murder, she calls in an anonymous tip that leads to his arrest.
With Leon gone, his spot is up for grabs, and Anissa knows she's the only one who can step into it. The girls trust her, and under her wing, they become the highest paid underground escort business in South Beach. However, sometimes the things buried in the past can dig themselves up.

When escorts start turning up dead around the city and an attempt is made on her life, Anissa discovers that Leon has been released from prison. With vengeance in his heart, he wants back what he's started, and he won't stop until there is no more breath in Anissa's body.

» Have you read this book? We'd like to know what you think about it - write a review about Carl Weber's Kingpins: The Girls Of South Beach book by Treasure Hernandez and you'll earn 50c in Boomerang Bucks loyalty dollars (you must be a Boomerang Books Account Holder - it's free to sign up and there are great benefits!)


A Preview for this title is currently not available.
More Books By Treasure Hernandez
View All