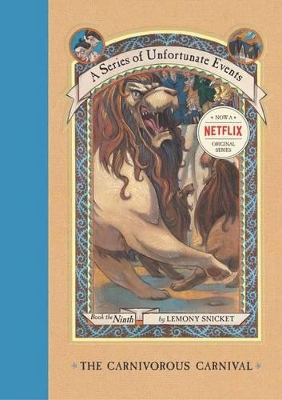 Everybody loves a carnival! Who can fail to delight in the colourful people, the unworldly spectacle, the fabulous freaks

A carnival is a place for good family fun-as long as one has a family, that is. For the Baudelaire orphans, their time at the carnival turns out to be yet another episode in a now unbearable series of unfortunate events. In fact, in this appalling ninth installment in Lemony Snicket's serial, the siblings must confront a terrible lie, a caravan, and Chabo the wolf baby.

With millions of readers worldwide, and the Baudelaire's fate turning from unpleasant to unseemly, it is clear that Lemony Snicket has taken nearly all the fun out of children's books.

Other Editions - The Carnivorous Carnival by Lemony Snicket 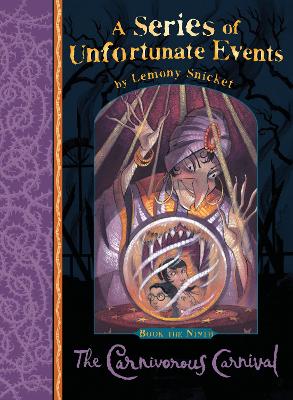 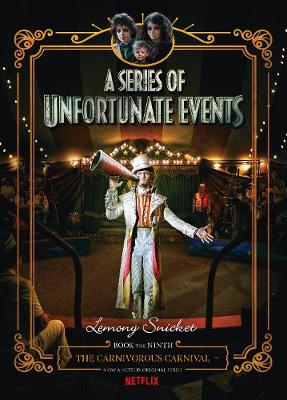 View all editions of The Carnivorous Carnival by Lemony Snicket

» Have you read this book? We'd like to know what you think about it - write a review about Carnivorous Carnival book by Lemony Snicket and you'll earn 50c in Boomerang Bucks loyalty dollars (you must be a Boomerang Books Account Holder - it's free to sign up and there are great benefits!)

The Carnivorous Carnival is the ninth book in A Series of Unfortunate Events by American author, Lemony Snicket (aka Daniel Handler). As we once again join the unlucky Baudelaire orphans, they are trapped in the trunk of Count Olaf’s car as it travels to the Hinterlands down the Rarely Ridden Road to consult Madame Lulu at the Caligari Carnival. Once there, and unable to contact their banker, ever-tussive Mr Poe by phone, they need to adopt a disguise so that they are not recognised by Olaf and his cronies. As a two-headed man and a wolf-baby, they become part of the Freak Show.

Having narrowly escaped a burning hospital and already suffered the loss of their parents, the threat of marriage, slave labour, hypnosis, a terrible boarding school, being thrown down a lift shaft, being thrown in jail, and the murder of their Uncle Monty and Aunt Josephine at the hands of the evil Count Olaf and his nefarious assistants, the siblings are ever-vigilant of his reappearance. Luckily these well-mannered and uncomplaining children are also very resourceful: Violet invents, Klaus researches and Sunny bites.

This instalment sees the Baudelaires poked fun at by the Carnival audience, learning that one of their parents may have survived that fatal fire, discovering a fraud, narrowly escaping the a mob’s violent urges and, against their better judgement, joining forces with Count Olaf. Snicket does a clever thing with “déjà vu” in chapter five, but the utter stupidity of the adults around the Baudelaires is a constant theme that is starting to wear a little thin.

Will Violet and Klaus be able to find the headquarters of the VFD in the Mortmain Mountains? Will they be able to catch up with Count Olaf, his cronies and their baby sister Sunny? Will they discover the contents of the missing Snicket file? Readers will have to read the next instalment, The Slippery Slope, to find out.