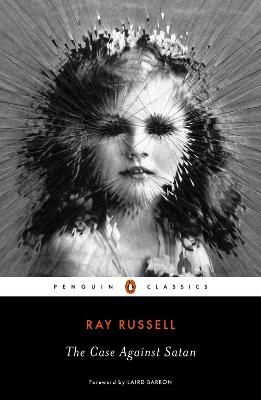 The Case Against Satan

Description - The Case Against Satan by Ray Russell

By the twentieth century, the exorcism had all but vanished, wiped out by modern science and psychology. But Ray Russell resurrected the ritual with his classic 1962 horror novel,giving new rise to the exorcism on page, on screen, and even in real life.
By the 20th century, the centuries-old Roman Catholic exorcism ritual for combatting demonic possession was all but dead, eviscerated by the ascent of modern science and rationalism. But Ray Russell's 1962 novel, The Case Against Satan, set the stage for a proliferation of exorcisms on page, screen, and even bizarrely, in real life.
Just a few weeks ago, Susan Garth was "a very good girl, a clean-talking sweet little girl" of high school age. But that was before she started having "fits"-a sudden aversion to churches and a newfound fondness for vulgarity. If not madness, then the answer must be demonic possession, for which there is only one response- exorcism.

Book Reviews - The Case Against Satan by Ray Russell

» Have you read this book? We'd like to know what you think about it - write a review about Case Against Satan book by Ray Russell and you'll earn 50c in Boomerang Bucks loyalty dollars (you must be a Boomerang Books Account Holder - it's free to sign up and there are great benefits!)

Ray Russell was born in 1924 in Chicago, Illinois, and served in the U. S. Army in the South Pacific during World War II. After the war, he attended the Chicago Conservatory of Music and the Goodman Memorial Theatre and soon became executive editor of Playboy, where he played a vital role in turning the magazine into a showcase for imaginative fiction. His first novel, The Case Against Satan, was published in 1962, and his best known work, Sardonicus, was called by Stephen King "perhaps the finest example of the modern gothic ever written." Russell received the World Fantasy Award for Lifetime Achievement in 1991. He passed away in Los Angeles in 1999. Laird Barron is an award-winning writer of horror fiction. He has received three Shirley Jackson Awards, for his collections The Imago Sequence and Other Stories and Occultation and Other Stories and for his novella Mysterium Tremendum. He has also been nominated for the Crawford Award, Sturgeon Award, International Horror Guild Award, World Fantasy Award, and the Locus Award.

A Preview for this title is currently not available.
More Books By Ray Russell
View All