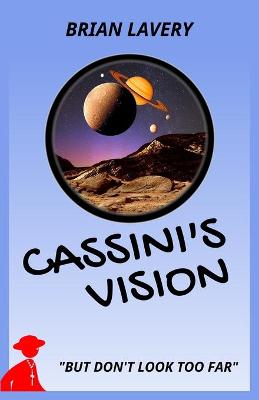 GIOVANNI CASSINI, young Italian astronomer, saw humanity's earliest proofs of what truly is in the heavens. What he observed overturned the fables of the ancients who had tried so hard to explain their stars and planets, and their world.

But the new truths were highly dangerous.

The Cassini of your history books was seduced from Bologna in his mid-life by a lucrative offer from the France's Sun King. Louis had him head a new Paris Observatory, the world's greatest. Cassini rebranded as French, married into the aristocracy and began a long, staid and famous dynasty of French astronomy.

But did you know "Gian" Cassini had an earlier Italian wife? CELIA was a feisty young renaissance artist, scarred, angry, and eager to follow in the steps of her famous grandmother. This "other woman" version of Cassini's life is a far more enlightening tale.

Gian and Celia of Genoa met through family, flirted, loved and trothed. But the trothing was conditional on Celia's insistence that both would forever be fearless in exploring every new fact and uncovered truth, even the unexpected.

That proved harder than either imagined.

In Bologna, Celia's painting fame grew. She neglected simpler challenges in her own growth, ordinary feats like riding, or going to sea. Her artistic purity battled with the seductions of the wealth.

They did both negotiate a new world of lover and mistress, but in that Italy, they needed secrecy, and that alone violated their vow.

Gian's compromises were bigger. The Inquisition had executed Bruno and house-arrested Galileo. To the political and religious interests of the seventeenth century, more "heresy" from Cassini's telescope was not tolerable. Most particularly, the Earth stood still in the Universe, and all else, Sun included, went around. Cassini's research repeatedly said otherwise, and he spent his Italian years suppressing his findings, battling to avoid disgrace or even death.

» Have you read this book? We'd like to know what you think about it - write a review about Cassini's Vision book by Brian Lavery and you'll earn 50c in Boomerang Bucks loyalty dollars (you must be a Boomerang Books Account Holder - it's free to sign up and there are great benefits!)