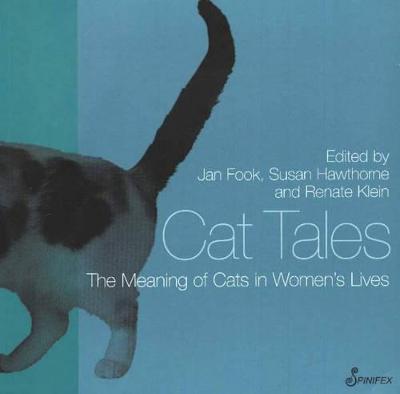 The Meaning of Cats in Women's Lives

What do animals mean in the life of humans? This is an increasingly asked question, especially when so many households own at least one pet. Studies abound which demonstrate that pets can save lives or at least sanity, and that people can grieve more for their lost pet than the loss of human companionship. It is interesting then to hear about some of these experiences, and to try to understand in more depth how our furry friends weave themselves inextricably into our homes, our lives, and our existence. This special volume, on the meaning of cats in women's lives, is the second in a series of collections on what companion animals mean to women around the globe. The book includes pieces from women from several different countries, and of different ages and cultural backgrounds. The types of pieces included reflect this diversity. We have funny, sad and clever pieces. We have pieces that address the political and socially serious side of having cats as pets. We have pieces that reflect the sometime silliness of domestic life with cats. We have poems, short stories, reflections and essays.What has emerged is a clear picture of the different relationships women might have with a feline companion, simply because of the distinctive characteristics of cats as animals, and cats as individuals.
They enrich in different ways simply because they are not humans, they are not dogs, birds, horses or monkeys. Cats mean distinctive things to different women. What is the nature of this relationship and meaning? Some tried to describe it by differentiating the characteristics of cats from those of dogs. The saying' "Dogs have masters, cats have staff" was quoted several times. Another idea was that of the cat as 'familiar', alluding to an almost mystical relationship with a creature who is only part of the human world. The naming of cats, and the special task of creating the name which would capture the magnificent, regal and independent character of that woman's own cat, was also a notable thread in many stories.Contributors include UK authors, poets, academics, activists, artists and politicians alike, such as: Barbara Becker, Claire Pickard, Nancy Winters, Sal Hampson, Suniti Namjoshi from Bradford, Oxford, Devon, and London; other contributors include Marge Piercy (USA), Fide Erkin (Turkey) Finola Geraghty (Germany), Beryl Fletcher (New Zealand), Liselotte Lassig (Switzerland), Beth Burrows (Canada), Kerry Greenwood, Lin van Hek, Sandy Jeffs, Patricia Sykes, Coral Hull, and Susan Hawthorne (Australia).

» Have you read this book? We'd like to know what you think about it - write a review about Cat Tales book by Susan Hawthorne and you'll earn 50c in Boomerang Bucks loyalty dollars (you must be a Boomerang Books Account Holder - it's free to sign up and there are great benefits!)

Susan Hawthorne is a poet, novelist, aerialist, political activist and author of ten books. She grew up on a farm in rural New South Wales. She has degrees in Ancient Greek and Sanskrit as well as in Philosophy, and a PhD in Political Science and Women's Studies from the University of Melbourne. In 2009, Susan was an Asialink Literature Resident at the University of Madras, India and is Adjunct Professor in the Writing Program at James Cook University, Townsville and an ASA Mentor. Susan is Director of Spinifex Press and has played a leading role among independent Australian publishers in innovative and eBook publishing. Renate Klein, PhD, was Associate Professor in Womens Studies at Deakin University, Melbourne, until her retirement in 2006, and is the (co)author/(co)editor of 14 books. She is a biologist and social scientist and taught courses on Reproductive Medicine and Feminist Ethics. Since the 1980s, she has conducted critical feminist research into the new and old reproductive technologies including international population control, IVF (fertility drugs), hormonal and immunological contraceptives, surrogacy, RU 486 and Gardasil.

A Preview for this title is currently not available.
More Books By Susan Hawthorne
View All