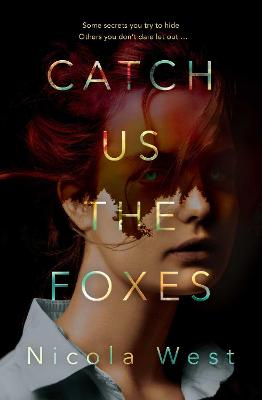 Catch Us the Foxes

Description - Catch Us the Foxes by Nicola West

Some secrets you try to hide. Others you don't dare let out ...

Ambitious young journalist Marlowe 'Lo' Robertson would do anything to escape the suffocating confines of her small home town. While begrudgingly covering the annual show for the local newspaper, Lo is horrified to discover the mutilated corpse of her best friend - the town's reigning showgirl, Lily Williams.
Seven strange symbols have been ruthlessly carved into Lily's back. But when Lo reports her grisly find to the town's police chief, he makes her promise not to tell anyone about the symbols. Lo obliges, though it's not like she has much of a choice - after all, he is also her father.

When Lily's murder makes headlines around the country and the town is invaded by the media, Lo seizes the opportunity to track down the killer and make a name for herself by breaking the biggest story of her life.

What Lo uncovers is that her sleepy home town has been harbouring a deadly secret, one so shocking that it will captivate the entire nation.

Lo's story will change the course of her life forever, but in a way she could never have dreamed of.


'Introduces a bold, headstrong yet vulnerable protagonist in Marlowe and the pages spark with cracking dialogue, packed with unexpected twists...' Books+Publishing

Book Reviews - Catch Us the Foxes by Nicola West

» Have you read this book? We'd like to know what you think about it - write a review about Catch Us the Foxes book by Nicola West and you'll earn 50c in Boomerang Bucks loyalty dollars (you must be a Boomerang Books Account Holder - it's free to sign up and there are great benefits!)

3.5?s Catch Us The Foxes is the first novel by Australian author, Nicola West. When intern journalist Marlowe Robertson stumbles on the body of the 2008 Kiama Showgirl, she’s understandably shocked. But it’s the mutilations on Lo’s best friend’s back that truly shake her up. There are strange symbols cut into Lily Williams’s back. Even stranger, when she alerts her father, Kiama’s Police Chief, he makes her promise not to reveal this detail.

Lo begins to wonder if the murder is related to the incident in the ghost train ride from which Lily fled in terror shortly before her death. Lily’s favourite crystal seller indicates she had fears for her own safety and that there would be a truth for Lo to uncover.

Lily’s secret diaries, when Lo gains access to them, are disturbing, revealing the existence of a local cult involving the town’s movers and shakers, something awful that Lo is reluctant to believe. They also reinforce a recent warning that no-one in Kiama can be trusted.

The police immediately target a carny from the Show, an outsider, as the murder suspect, but Lo learns that they have withheld certain evidence apart from the mutilations, and isn’t convinced by their case. Does her investigation make her a target for a murderer?

In the days following the murder, Lo is told she is suffering from PTSD, and certainly her paranoia will lead the reader to question her reliability as a narrator. Apart from the prologue and epilogue, set seven years later, the story plays out over just the five days following the murder, but manages to include a lynch mob, a fire, a mountain hike, a funeral and a suicide.

West’s portrayal of Kiama as a town plagued by small-minded provincial xenophobes/homophobes might not meet the approval of current locals, but she does capture the setting fairly well. The plot is imaginative, with several twists and red herrings to keep the reader interested, but West’s page-turner gimmick of cliff-hanger chapter last lines does become a tiny bit irritating. Despite some plot holes and a not-quite-convincing ending, this is an impressive debut novel. This unbiased review is from an uncorrected proof copy provided by NetGalley and Simon & Schuster Australia.

A Preview for this title is currently not available.
More Books By Nicola West
View All