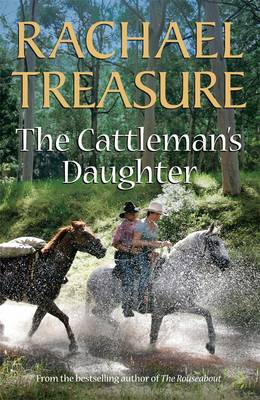 From the bestselling author of Jillaroo and The Rouseabout
Born on the rugged Dargo High Plains and raised by her cattleman father, Emily Flanaghan has lost her way in life.

Locked in an unhappy marriage in the suburbs, Emily misses the high country with a fierce ache. To make matters worse, her heritage is under threat. A government bill to evict the mountain cattlemen is about to be passed, and the Flanaghans could be banned from the mountains their family has looked after for generations.

When a terrible accident brings Emily to the brink of death, she realises she must return to the high country to seek a way forward in life; healing herself, her daughters and her land. Along the way, she finds herself falling in love with a man who works for the government - the traditional opposition of the cattlemen - new Parks ranger, Luke Bradshaw. But just as she sees that the land and Luke are the keys to regaining her life, Emily faces losing them both in the greatest challenge of all . . .

Set in the beautiful snowgum country of the Victorian Alps, The Cattleman's Daughter is a haunting and unforgettable tale of love, self-discovery and forgiveness from one of Australia's best-loved authors.

» Have you read this book? We'd like to know what you think about it - write a review about Cattleman's Daughter book by Rachael Treasure and you'll earn 50c in Boomerang Bucks loyalty dollars (you must be a Boomerang Books Account Holder - it's free to sign up and there are great benefits!)

Tasmanian born Rachael Treasure gets as excited about dung beetle activity in the soil as she does by beautiful writing. By combining her love for the land and the written word, Rachael sparked a publishing boom in 2002 when her first novel Jillaroo woke the world up to contemporary women's stories beyond the city lights. Rachael lives in Southern rural Tasmania and is a full time mother to two young humans and many eccentric animals including a budgie called Putty Plonkit. She has been dubbed an agricultural activist, farm feminist and literary pioneer and has worked as a rural journalist, radio broadcaster, truffle sniffer dog handler, professional wool classer, stock camp cook, drover, farm manager and working dog trainer. Her novels following Jillaroo include The Stockman, The Rouseabout, The Cattleman's Daughter, The Farmer's Wife, Cleanskin Cowgirls and short story collections, The Girl and the Ghost-Grey Mare and Fifty Bales of Hay. Non fiction works are Don't Fence Me In - Grassroots Wisdom from a Country Gal and working dog training book, Dog Speak. Her screenplay Albert's Chook Tractor was filmed for SBS Independent TV.