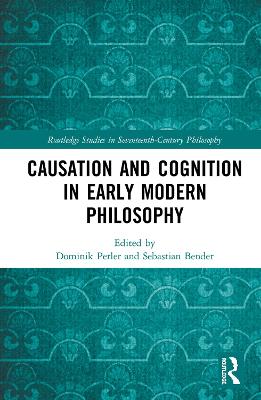 This book re-examines the roles of causation and cognition in early modern philosophy. The standard historical narrative suggests that early modern thinkers abandoned Aristotelian models of formal causation in favor of doctrines that appealed to relations of efficient causation between material objects and cognizers. This narrative has been criticized in recent scholarship from at least two directions. Scholars have emphasized that we should not think of the Aristotelian tradition in such monolithic terms, and that many early modern thinkers did not unequivocally reduce all causation to efficient causation.

In line with this general approach, this book features original essays written by leading experts in early modern philosophy. It is organized around five guiding questions:

» Have you read this book? We'd like to know what you think about it - write a review about Causation and Cognition in Early Modern Philosophy book by Dominik Perler and you'll earn 50c in Boomerang Bucks loyalty dollars (you must be a Boomerang Books Account Holder - it's free to sign up and there are great benefits!)


A Preview for this title is currently not available.
More Books By Dominik Perler
View All