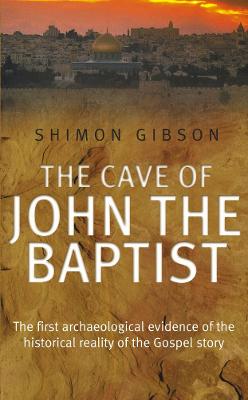 The Cave Of John The Baptist

Description - The Cave Of John The Baptist by Shimon Gibson

Here is the first archaeological evidence of the truth of the gospel stories to emerge in modern times. Unique about this site, is that it contains archaeological evidence that comes to us from the very time of the personalities and events described in the Gospels. For here is the largest ritual bathing pool ever found in the Jerusalem area, found indeed in the village where John the Baptist was born, showing unmistakable signs of ritual use in the first century AD and containing the earliest ever Christian art, depicting John the Baptist as well as the three crosses of the crucifixion.By using the forensic techniques available to the modern archaeologist Gibson - a working field archaeologist of the highest credentials - and his international team of experts will be able to draw information from the drawings, pottery, coins, bones, remains of a ritual fire, pieces of cloth etc found in the cave and, by matching these up with the contemporary literary sources, allow them to shed light on each other.This is a unique opportunity to build up a picture of the very first Christians, how they lived and even what they believed.As Gibson writes- 'By fitting together all the new archaeological facts with the basic historical information that has been available (sometimes even buried) in scholarly literature for a long time - I believe I am able to throw an amazing amount of light on the personality and mission of John the Baptist - the man, the prophet.Who was he? Where did he come from? What were his beliefs and what was the baptism all about?'

Other Editions - The Cave Of John The Baptist by Shimon Gibson 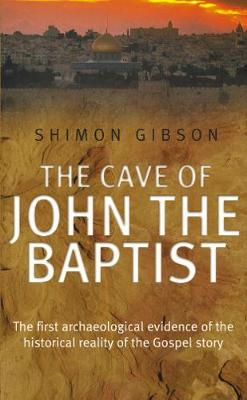 Book Reviews - The Cave Of John The Baptist by Shimon Gibson

» Have you read this book? We'd like to know what you think about it - write a review about Cave Of John The Baptist book by Shimon Gibson and you'll earn 50c in Boomerang Bucks loyalty dollars (you must be a Boomerang Books Account Holder - it's free to sign up and there are great benefits!)

Dr Shimon Gibson is a field archaeologist working in Israel and Palestine. He is currently in charge of excavations on Mount Zion. Gibson undertook his academic studies at the Institute of Archaeology, University College, London, where he also completed his Ph. D. During the past twenty years he has conducted numerous excavations and field surveys in different parts of the world.

A Preview for this title is currently not available.
More Books By Shimon Gibson
View All