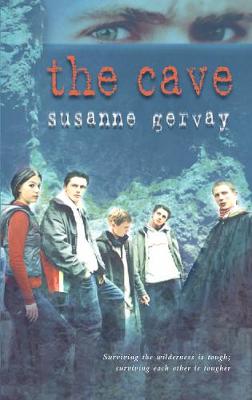 Description - The Cave by Susanne Gervay

'... an epic story, beautifully written with clear, spare prose and the ability to go right to the heart of young males in modern society.'

A survival camp organised by the school. What could be more straightforward?

Sam is reminded of camping with his grandfather - but his grandfather is dead now and Sam doesn't want to think about that. Far better to think about his relationship with his girlfriend and where that might lead. Meanwhile, there's the whingers and the hard men to deal with. And on a camp like this, Sam could well find out things about himself and other people he'd really rather not know.

There are no compromises as Susanne Gervay explores today's youth culture: Rave parties, extreme challenges, sport, sexuality. There is humour, aggression, bravado, love and loss as a group of young males confront one another and themselves on an eight-day survival camp that will expose the underbelly of male culture with all its potential for violence and courage.

'The Cave is an epic story, beautifully written with clear, spare prose and the ability to go right to the heart of young males in modern society.'

» Have you read this book? We'd like to know what you think about it - write a review about Cave book by Susanne Gervay and you'll earn 50c in Boomerang Bucks loyalty dollars (you must be a Boomerang Books Account Holder - it's free to sign up and there are great benefits!)


A Preview for this title is currently not available.
More Books By Susanne Gervay
View All