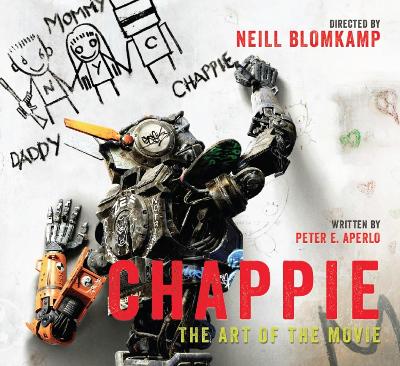 The Art of the Movie

Featuring production art and photography from the eagerly anticipated new film Chappie, starring Hugh Jackman and Sigourney Weaver! After being kidnapped by two criminals during birth, Chappie becomes the adopted son in a strange and dysfunctional family. Chappie is preternaturally gifted, one of a kind, a prodigy. He also happens to be a robot. Chappie is an upcoming film directed by Neill Blomkamp (District 9 and Elysium), written by Neill Blomkamp and Terri Tatchell. The film stars Sharlto Copley (Elysium, The A-Team), Dev Patel (Slumdog Millionaire), Ninja and Yo-Landi Visser, Jose Pablo Cantillo (The Walking Dead), Sigourney Weaver (Aliens, Avatar), and Hugh Jackman (Wolverine, X-Men).

» Have you read this book? We'd like to know what you think about it - write a review about Chappie book by Peter Aperlo and you'll earn 50c in Boomerang Bucks loyalty dollars (you must be a Boomerang Books Account Holder - it's free to sign up and there are great benefits!)

PETER APERLO is an LA-based writer whose credits include the screenplay to the video game 300: March to Glory. He is the writer of the Watchmen Movie Companion and The Art of Watchmen movie book.

A Preview for this title is currently not available.
More Books By Peter Aperlo
View All