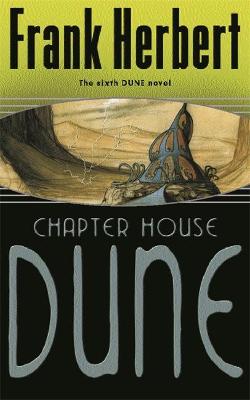 The long-established galactic order is passing. The Honoured Matres, ruthless and all-conquering, have destroyed the planet Dune. In opposition, hard-pressed but still fighting back, the Bene Gesserit sisterhood co-ordinate their resistance from their as-yet undiscovered home world, Chapter House. Now as a new Scattering is planned, they still have one carefully nurtured asset: the sandworms, offspring of the only giant worm salvaged from Dune. Chapter House is to about to turn into a barren wasteland: Chapter House will be the new Dune. » Have you read this book? We'd like to know what you think about it - write a review about Chapter House Dune book by Frank Herbert and you'll earn 50c in Boomerang Bucks loyalty dollars (you must be a Boomerang Books Account Holder - it's free to sign up and there are great benefits!)