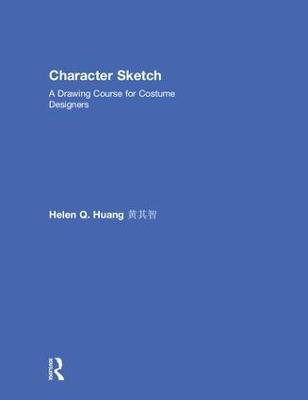 A Drawing Course for Costume Designers

Character Sketch outlines a theory of costume rendering that explores how a designer conceptualizes and creates a character on the page. Beginning with how to develop a sense of character through active, gestural poses, this book explores and explains the process of drawing and painting from rough sketch to finished rendering.

Helen Q. Huang , an award-winning costume designer for more than 25 years, breaks down her process, from understanding body proportions and active poses to applying research and color concepts to renderings. Her step-by-step watercolor painting techniques cover mixing skin tones, blending colors, and applying paint in different methods for a variety of fabric textures and patterns.

Showcasing how to capture a character on the page, Character Sketch is a must-read for any costume designer looking to communicate their artistic vision. 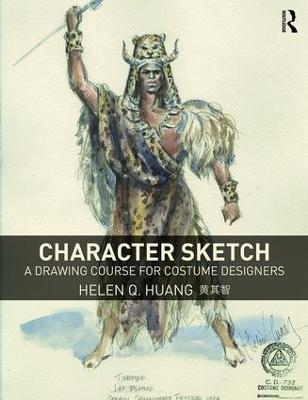 » Have you read this book? We'd like to know what you think about it - write a review about Character Sketch book by Helen Q Huang and you'll earn 50c in Boomerang Bucks loyalty dollars (you must be a Boomerang Books Account Holder - it's free to sign up and there are great benefits!)

Helen Q. Huang Ã©Â» Ã¥ Â¶Ã¦ Âºhas designed costumes for theaters throughout the United States and abroad. The recipient of both the Helen Hayes Award for Outstanding Costume Design and the Ivey Awards, she is also a professor of the MFA Costume Design Program in the School of Theatre, Dance, and Performance Studies at the University of Maryland, College Park. Helen's design work has been exhibited as part of "Costume at the Turn of the Century" at the A.A. Bakhrushin Museum in Moscow; in the exhibition "Curtain Call: Celebrating a Century of Women Designing for Live Performance" at the New York Public Library and Lincoln Center; and the Prague Quadrennial. She has designed internationally for the China National Opera House, and China Central Television. Nationally she has designed for Oregon Shakespeare Festival, The Guthrie Theater, George Street Playhouse, The Classic Stage Company New York, Milwaukee Repertory Theater, The Children's Theatre Company of Minneapolis, Syracuse Stage, Seattle Repertory Theatre, Utah Shakespeare Festival, The Wilma Theater, Philadelphia Theatre Company, Playmakers Repertory Theatre, The Arden Theatre, Disney Creative Entertainment, and Boston Lyric Opera. Her designs in the Washington, D.C. region have included work for The Washington Ballet, Woolly Mammoth Theatre Company, Studio Theatre, Folger Theatre, Ford's Theatre, Round House Theatre, Signature Theatre, Arena Stage, Shakespeare Theatre Company, and Olney Theatre.

A Preview for this title is currently not available.
More Books By Helen Q Huang
View All

Elizabethan Costume Design and Construction
No Stock on Hand, Supplier Has No Due Date for Supply.
$64.79 $71.99