'There was no possibility of taking a walk that day . . .' With these words Charlotte Bronte began Jane Eyre and changed English literature irrevocably. Now, on the 200th anniversary of Charlotte's birth, Claire Harman's landmark biography provides a bold new view of one of Britain's best loved writers, revealing that her life possessed all the drama and tragedy of a Gothic tale. Like her heroine Jane, Charlotte was raised motherless on remote Yorkshire moors and sent to a brutal boarding school. As she grew up, her five beloved siblings sickened and died until, at the end of her short life, she was the only surviving child of the Bronte clan. Heartbreakingly, she was also haunted by a great unrequited love - one that inspired her most powerful and moving novels.?? Harman shows how the new kinds of heroines Charlotte created - fiercely intelligent women blazing with hidden passions - came out of her own frustrations and experiences. She also reveals what it was like to be part of this astonishingly creative family, whose early works were produced in total secrecy. Finally, we learn the truth behind Charlotte's early death - a double tragedy as it should have been a joyous new chapter in her life. Charlotte Bronte was a woman years ahead of her time- she changed the landscape of British culture forever. But beyond her fame as an author, she should be remembered as someone who lived an extraordinarily rich and adventurous inner life, experiencing the furthest extremes of human emotion. 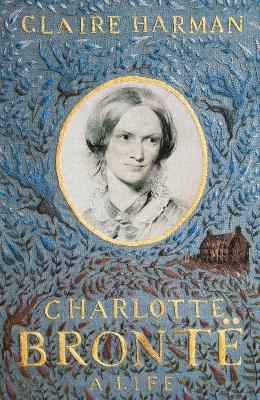 » Have you read this book? We'd like to know what you think about it - write a review about Charlotte Bronte book by Claire Harman and you'll earn 50c in Boomerang Bucks loyalty dollars (you must be a Boomerang Books Account Holder - it's free to sign up and there are great benefits!)

Claire Harman is the award-winning biographer of Sylvia Townsend Warner (1989), Fanny Burney (2000) and Robert Louis Stevenson (2005) and the author of the best-selling Jane's Fame: How Jane Austen Conquered the World (2009). She writes regularly for the literary press on both sides of the Atlantic and was elected a Fellow of the Royal Society of Literature in 2006. Her most recent work is Charlotte Bronte: A Life.

A Preview for this title is currently not available.
More Books By Claire Harman
View All