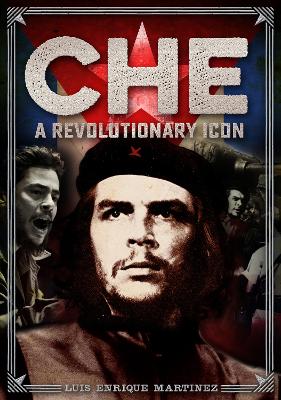 Che encapsulates the famous revolutionary in one lushly illustrated volume.

Che Guevara was a Marxist revolutionary and an ally of Fidel Castro who became a major figure during the Cuban Revolution. Born into a middle-class family in Rosario, Argentina, he studied medicine, but after seeing terrible poverty in Latin America, he concluded that the only way to change society was through violent rebellion. He then became a champion for worldwide revolution.

Since his death, Guevara has become a legendary political figure. His name is often equated with rebellion, revolution, and socialism. Others, however, remember that he could be ruthless and ordered prisoners executed without trial in Cuba. In any case, Guevara's life continues to be a subject of great public interest and has been explored and portrayed in numerous books and films, including The Motorcycle Diaries.

On October 9, 1967, he was executed by the Bolivian army, his hands were cut off, and preserved in formaldehyde to confirm his identity. After he died, 'Che' became an even bigger hero for revolution with Time magazine naming him one of the 100 most influential people of the twentieth century and an iconic photograph of him being cited as 'the most famous photograph in the world.'

While Che Guevara documented his life meticulously, this book encapsulates him in one carefully crafted volume.

» Have you read this book? We'd like to know what you think about it - write a review about Che: A Revolutionary Icon book by Luis Enrique Martinez and you'll earn 50c in Boomerang Bucks loyalty dollars (you must be a Boomerang Books Account Holder - it's free to sign up and there are great benefits!)


A Preview for this title is currently not available.
More Books By Luis Enrique Martinez
View All